Olbermann's MSNBC Show Ends, Reason Not Given, 2 Years on Contract

Olbermann’s MSNBC Show Ends, Reason Not Given, 2 Years on Contract 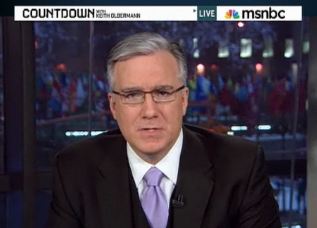 Keith Olbermann’s show “Countdown” ended last night.  Olbermann’s contract with MSNBC still has two years on it, though, and as the Associated Press noted, “contract buyouts typically include noncompete clauses that keep a personality off TV for a period of time.”

Olbermann was suspended by MSNBC president Phil Griffin for two business days in November after it was revealed he donated money to political campaigns without MSNBC’s approval.  One of the three candidates Olbermann donated to was U.S. Representative Gabrielle Giffords (D-AZ).

In Olbermann’s closing remarks, when he announced the broadcast would be his last, he commented that he was given less than a minute to “say goodbye” when he left ESPN’s Sports Center in the ’90s.  Olbermann “thanked several people, including the late Tim Russert, but pointedly not Griffin or NBC News President Steve Capus,” the Associated Press noted.

“There were many occasions, particularly in the last 2 1/2 years, where all that surrounded the show – but never the show itself – was just too much for me.  But your support and loyalty and, if I may use the word, insistence, ultimately required that I keep going. My gratitude to you is boundless.”

See here a video of Olbermann’s sign off.  Olbermann does not appear to have tweeted about his show’s ending.

In a statement, MSNBC simply said that the contract between the network and Olbermann was “ended” and that the network wishes “him well in his future endeavors.”

The New York Times reported that Comcast said in a statement:

“Comcast has not closed the transaction for NBC Universal and has no operational control at any of its properties including MSNBC. We pledged from the day the deal was announced that we would not interfere with NBC Universal’s news operations. We have not and we will not.”

A sign that Olbermann’s leaving was “abrupt” was that MSNBC ads airing after Olbermann’s last show “featured Olbermann,” the AP noted.

Olbermann’s MSNBC Show Ends, Reason Not Given, 2 Years on Contract