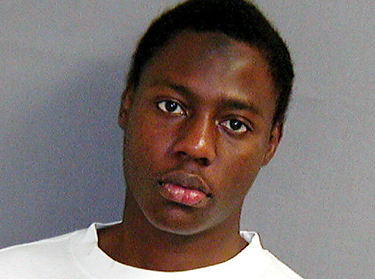 Umar Abdulmutallab, in a photograph distributed by the U.S. Marshals Service on Dec. 28. (Via Washington Post)

TPM recently called out dozens of media outlets for continuing an unsubstantiated story that Umar Abdulmutallab–the man who allegedly tried to blow up Flight 253 in Detroit–was traveling on a one-way ticket from Nigeria to the United States.

According to TPM, the “one-way ticket” story has been “referenced repeatedly by commentators attacking the U.S. government for missing red flags about Abdulmutallab,” (like this Michael Gerson column in the Jan. 6 Washington Post and this Michael Mukasey Wall Street Journal piece) even though “the Nigerian government said Dec. 28 that Abdulmutallab had a round-trip ticket, and provided details to back it up.”

The first citation of a “one-way ticket” we could find is a report on Christmas day by MSNBC (cached version here): “Federal officials identified the man as Umar Farouk Abdulmutallab, 23, of Nigeria, who was traveling one way, without a return ticket.”

Another early reference is in the Dec. 26 edition of the New York Daily News: “Officials said Abdulmutallab was traveling one way, without a return ticket.”

According to TPM, the only substantiated reference they could find to a one-way ticket is in a January 11 Wall Street Journal story that describes Abdulmutallab buying a one-way ticket from Ghana to Nigeria in addition to the two-way ticket he bought from Lagos, Nigeria to Detroit via Amsterdam.

Though the New York Times published a correction of their earlier report mentioning a one-way ticket, TPM says many others have not. New stories are also appearing describing a one-way ticket. An AP story contained the mistake, as did a piece in the Wall Street Journal, and Newsweek on January 6.