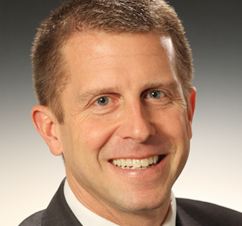 Ombudsman Andre Marin, pictured above, complained to the Ontario Press Council about the Toronto Star's investigative series on his office (Credit: Ombudsman.on.ca)

The Toronto Star had reported this past summer in a “series of investigative stories” alleging “mistreatment by members” of the Ontario’s ombudsman’s staff. The ombudsman, Andre Marin, was appointed in 2005.

The ombudsman called the “five-part series published in May, June, and July 2010” about his office “unfair, unbalanced, superficial and, in some respects, inaccurate.”

Commenting on the Toronto Star’s investigative reporting, the council concluded that investigative journalists can “report what they perceive to be the most credible conclusion to be drawn from an extensive exploration of allegations of wrongdoing or improper conduct.”

According to the ruling:

“This does not mean that the journalist is relieved from the obligation to share the allegations with those against whom the criticism is made and to report their responses.”

“However, by definition, an investigation is being conducted, and while no explicit finding may be made, the journalist is justified in assessing the information received and making his or her judgment on its credibility and weight when preparing the series of stories. This may result in preferring and giving more weight and prominence to one side’s assertions than is given to the opposing position.”

According to the council, the stories didn’t have any “obvious factual errors” and did include the ombudsman’s defense, even if the series “gave greater prominence to the allegations against Marin than to the denials.”

Further, the council found that “the series, as a whole, does meet acceptable standards of investigative journalism.”

The council did find in favor of Marin in regards to his complaint about “the retention of Paciocco by Marin,” because the Star used “vague allegations by unnamed sources” which “did not justify the clearly derogatory inferences which the stories drew.”

The Star’s investigative articles described Marin’s office as having a “culture of fear” and accused Marin of giving contracts to lawyer David Paciocco “to help him do his job as ombudsman.”

Bottom line? The press council ruled in favor of the newspaper, but did permit a “complaint by Ombudsman Andre Marin and a separate complaint by Paciocco concerning references to the Ottawa lawyer’s retention by the Ombudsman for legal services.”

Unlike the UK Press Complaints Commission, the Ontario Press Council doesn’t have a “formal code of practice for newspapers.”  Rather, the council’s decisions create precedent in terms of news guidelines.

According to the press council’s website, its rulings are “an opinion that the newspaper undertakes to publish, not an order that the newspaper must obey. Council’s dismissal of a complaint about the nature of comment does not mean that it agrees with what has been published.”

iMediaEthics has written to the Ontario Press Council for more information and will update with any response.