Paris Wants to sue Fox News after being 'Insulted' - iMediaEthics

Paris Wants to sue Fox News after being ‘Insulted’ 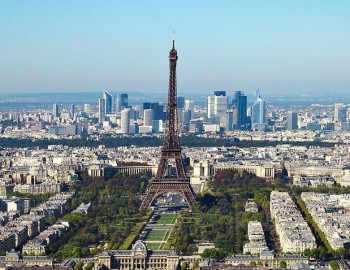 The mayor of Paris said the city will sue Fox News for its “insulted” and “prejudiced” portrayal of the city, CNN’s Christiane Amanpour reported on Twitter today.

BREAKING: Paris is going to sue @FoxNews after image of Paris was “insulted” and “prejudiced,” Mayor @Anne_Hidalgo tells me.

The mayor, Anne Hidalgo, re-tweeted Amanpour’s announcement of the planned lawsuit. In an interview with Amanpour, Hidalgo said, according to a CNN news report,

The director of communications for the city of paris, Nadhéra Beletreche, told iMediaEthics by e-mail: “Yes, Anne Hidalgo intend to sue Fox News for its reporting on Paris. I do not have details for tonight.”

Politico indicated that Fox News’ false reporting on “no-go zones” in Paris where only Muslims are allowed.

As iMediaEthics has written, Fox News apologized this weekend for that false reporting, which it called “regrettable errors.”

“We deeply regret the errors and apologize to any and all who may have taken offense, including the people of France and England,” Fox News’ Julie Banderas said Jan. 17.

iMediaEthics has written to Fox News to ask for comment on the reports that Paris wants to sue it.

UPDATE: 1/20/2015 4:52 A Fox News spokesperson sent iMediaethics the following statement from Fox News Executive Vice President, News Michael Clemente: “We empathize with the citizens of France as they go through a healing process and return to everyday life. However, we find the Mayor’s comments regarding a lawsuit misplaced.”

Paris Wants to sue Fox News after being ‘Insulted’