Parkland, Florida School Shooting: What the Media Got Wrong - iMediaEthics

Parkland, Florida School Shooting: What the Media Got Wrong 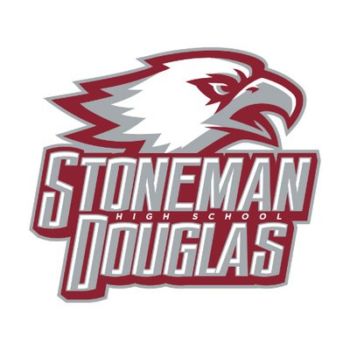 With every mass shooting, there are typically several errors in the speed to report breaking updates. iMediaEthics has collected several errors we’ve seen in news stories about the Feb. 14 Parkland, Florida school shooting at Marjory Stoneman Douglas High School.

Numerous news outlets reported that the Parkland school shooting suspect Nikolas Cruz was a member of the white nationalist group Republic of Florida, based on the claim of the group’s leader Jordan Jereb.

But news outlets walked back their reports after law enforcement said it couldn’t find proof and a social media posting under Jereb’s name said “there was a legit misunderstanding.” Politico traced how the claim spread, starting with a post on message board site 4chan from people claiming to be ROF members saying Cruz was a member. Then, the Anti-Defamation League contacted the group’s Jereb, who confirmed it, and the ADL posted a blog about what Jereb said. From there, news outlets reported on the claim, and with several outlets being told by Jereb that Cruz was a member.

Jereb told several outlets including the ADL, the Miami Herald, the Daily Beast and the AP his claim Cruz was a member. According to the AP:

“Jereb told the Miami Herald that he knew ‘with certainty’ that Cruz ‘had something to do with us.’ He told the Daily Beast that Cruz ‘wasn’t particularly active’ in his group but came to Tallahassee with a ‘secretive cell’ from Clearwater, Florida. ABC News reported that three former schoolmates of Cruz said he was part of the Republic of Florida and was often seen with Jereb.”

After it was debunked, The Associated Press published a Feb. 17 story that says Jereb “appears to have lied” to the AP during its interview.

iMediaEthics wrote to the AP to ask if the AP verified Jereb’s claims with any membership list or documents before publication and if the AP would publish any corrections or explanations about what went wrong.

Fox News’ Shep Smith reported the AP’s walkback on Feb. 16 on air. iMediaEthics obtained a copy of his on-air correction for reporting on the AP’s story. He said:

“And I need to update you on a major change to his reported background. Yesterday, the Associated Press reported that the leader of the white nationalist group in Florida said the accused shooter had ties to his group and that the shooter took part in drills in Tallahassee, Florida. Today, the Associated Press reports that leader appears to be backing away from what he said, and according to the AP, somebody posted under the leader’s name on a social media site popular with far-right extremists. That person reportedly complained about getting criticized over a prank, claiming there was a misunderstanding. He said he received a bunch of conflicting information. Officials at the Leon County Sheriff’s Office in Tallahassee do not confirm any link between the suspect and the white nationalist group. Based on Associated Press accounts, I reported yesterday on this program on links to white supremacists. Now our reporting indicates there were no links. I regret the error and apologize for it.”

Numerous news outlets reported that the Florida school shooting was the 18th school shooting in 2018. However, as USA Today reported, “No, there have not been 18 school shootings already this year, as CNBC, Politico, The Washington Post, ABC, The (New York) Daily News and briefly a USA TODAY column all reported in the hours since a 19-year-old allegedly slaughtered 17 at Marjory Stoneman Douglas High School, in Parkland, Fla., on Ash Wednesday.”

The source for the claim of 18 was gun control advocacy group Everytown for Gun Safety, but numerous outlets picked up the claim.

The problem is that the 18 shootings referenced included a suicide in a parking lot of the shut down school, an apparent accidental shooting into a wall, and so on. According to USA Today, the 18 included two suicides and eight shootings with no victims.

Everytown considers “any time a firearm discharges a live round inside a school building or on a school campus or grounds” to be a school shooting.

There have been several other errors and corrections in reporting on the Parkland shooting. Below, iMediaEthics collected corrections we’ve seen:

NPR has transparently corrected several stories, including a story about reducing school shootings. The correction reads:

“In a previous audio version of this story, we incorrectly said there has never been a female school shooter. In fact, there have been some females who committed school shootings.”

NPR also published the Feb. 15 correction, “A previous version of this story misquoted Broward County Mayor Beam Furr as saying there are 21 cities in the county. He actually said there are 31,” and the Feb. 14 correction, “We corrected the spelling of the suspect’s name from Nikolaus to Nikolas Cruz when that change was issued by the Broward Sheriff’s office. Also, Scott Israel’s first name was misspelled as Scoot.”

Parkland, Florida School Shooting: What the Media Got Wrong