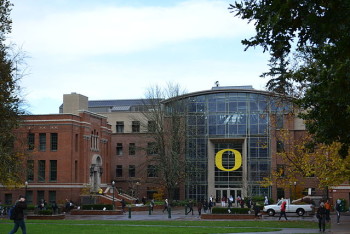 The University of Oregon’s journalism school is calling for entries for its annual journalism ethics award.

Each year, the university’s School of Journalism and Communication gives out the Ancil Payne Award for Ethics in journalism to highlight ethical decisions made in the U.S. “Up to two awards will be given,” the awards site says.

The award honors journalists who show “extraordinary commitment to the highest standards of ethical conduct in journalism, even when faced with economic, personal or political pressure.”

You don’t have to have even published a report to be nominated. The awards are open to recognizing journalists who decided not to publish something or who show “exceptional behavior in another ethical dilemma.”

Nominations are due March 3.

Last year’s winner was student journalist Robert “Alex” Green for his reporting on “the arrest and resignation of a Bible professor at the conservative Christian college, despite the president of the college forbidding it.”