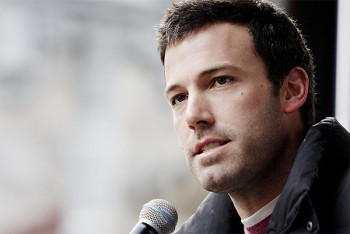 U.S. public broadcaster PBS is investigating its producers’ agreement to not report that an ancestor of actor Ben Affleck owned slaves, the New York Times reported.

PBS confirmed on its website that  “PBS and WNET are conducting an internal review led by our respective programming teams of the circumstances around FINDING YOUR ROOTS episode ‘Roots of Freedom.'” The show was aired last October and “made no mention of his slave-owning ancestor,” the New York Post reported.

PBS said its “internal review” began April 18, the day after “this matter came to PBS’ attention.” The show’s host “Professor Gates and his producers immediately responded to our initial questions,” PBS said in a statement on its website. “We have been moving forward deliberately yet swiftly to conduct this review.”

PBS spokesperson Anne Bentley pointed iMediaEthics towards PBS’s statement from yesterday. When asked how long the review will last, she wrote, “We have not set a timeline for the review but are moving deliberately yet swiftly to bring it to conclusion.”

Leaked e-mails out of Sony, posted online by WikiLeaks in a searcahable archive this month, exposed that PBS learned Affleck had a slave-owning ancestor and that Affleck asked — and PBS agreed — to not tell the public about this.

The show’s host Henry Louis Gates Jr. e-mailed Sony USA CEO Michael Lynton: “One of our guests has asked us to edit out something about one of his ancestors–the fact that he owned slaves. Now, four or five of our guests this season descend from slave owners, including Ken Burns. We’ve never had anyone ever try to censor or edit what we found. He’s a megastar. What do we do?” Below read the e-mail, via WikiLeaks:

Lynton responded in part that “I would take it out if no one knows, but if it gets out that you are editing the material based on this kind of sensitivity then it gets tricky.”

Gates even acknowledged that by covering up the slave-owner connection it “would be a violation of PBS rules” and that others knew including his producers and PR people. See below the e-mails (here).

When asked about hiding Affleck’s ancestor, Gates said, according to the New York Post:

“Ultimately, I maintain editorial control on all of my projects and, with my producers, decide what will make for the most compelling program. In the case of Mr. Affleck — we focused on what we felt were the most interesting aspects of his ancestry — including a Revolutionary War ancestor, a 3rd great-grandfather who was an occult enthusiast, and his mother, who marched for Civil Rights during the Freedom Summer of 1964.”

In an April 21 Facebook post, Affleck said he didn’t want PBS to tell people about his ancestor because he was “embarrassed” and defended his request to PBS since the program was neither news and the show’s host agreed.

After an exhaustive search of my ancestry for “Finding Your Roots,” it was discovered that one of my distant relatives…