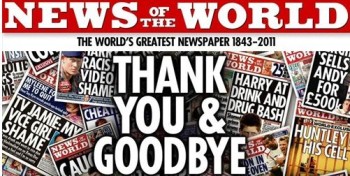 Rebekah Brooks, Andy Coulson and six others are now on trial for charges related to the UK phone hacking scandal, charges to which they have pleaded not guilty.

The trial’s length will be between four and six months, based on reports from the Guardian and BBC. This is “the first of four trials” for phone hacking, The Guardian reported.

The eight defendants and their charges are

The Associated Press reported on what prison terms the eight could face if convicted. “The maximum sentence for phone hacking is two years in prison, while the other charges carry a maximum life sentence, although the average term imposed is much shorter,” according to the AP.