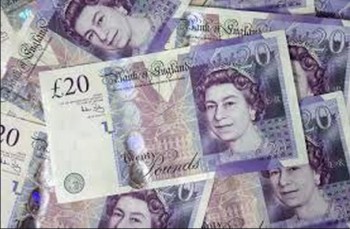 The trials and prison terms may be over but it’s time to pay the piper for the phone hacking.

The judge argued “As compared with most of the population, Coulson is well off” and will “likely … be able to re-establish himself and pay” the amount over the next few years.

According to the judge, “The only thing that has stopped him from doing so recently has been this criminal charge and its consequences.” He said “I would expect” Coulson to rebound from the conviction and get a well-paying job.

Coulson was convicted for phone hacking and was released after serving only a small portion of his 18-month sentence.

Ian Edmondson has to pony up £75,000. Edmondson pleaded not guilty but later changed his plea to guilty to phone hacking. He had been suspended in 2010 and fired in 2011 from News of the World, where he was a news editor, as iMediaEthics previously reported.

Edmondson was released from prison in January after serving just over two months of his eight-month sentence, the Guardian reported.

In addition, lawyer Lawrence Abramson must pay a £20,000 fine related to his work for News International in reviewing phone hacking at the paper, the Guardian reported.

Abramson had been “asked by the firm to carry out a review to determine whether or not there was any evidence of criminality at the now-defunct paper, acted ‘unprofessionally’, the Solicitors Disciplinary Tribunal found on Tuesday,” according to the Guardian. “The tribunal said that his failure to read the information sent to him led him to advise News International – falsely – that the company had a clean bill of health.”

The Guardian went on to report that “Abramson admitted that he ‘acted in such a way as to compromise or impair his proper standard of work’. The tribunal accepted that his ‘failure to see [the] email was due to genuine, major, but inadvertent oversight.'” More on that at the Guardian.