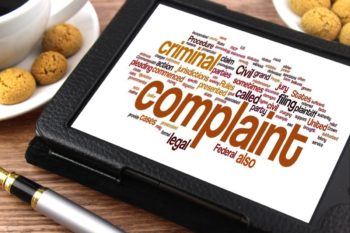 The Mail Online crossed the line when it said a woman was killed in an “Islamic honour killing,” the UK press regulator the Independent Press Standards Organisation ruled.

Miqdaad Versi, an independent management consultant who is also Assistant Secretary General of the Muslim Council of Britain, complained over the May 25 article, “Mother of four stabbed to death while her family were at a funeral ‘may have been murdered in Islamic honour killing.'” Versi pointed out to IPSO and Mail Online that it’s wrong to use the phrase “Islamic honour killing” because “‘honour killings’ have no basis in Islam.”

Versi told iMediaEthics by e-mail, “It is vital that news outlets do not encourage Islamophobia through the usage of clearly inaccurate and inflammatory headlines, especially in today‘s climate.”

“So-called honour killings are barbaric acts based in culture and not in faith,” he went on to iMediaEthics. “The Ipso ruling demonstrates unequivocally that the usage of ‘Islamic honour killing’ constituted a significant breach in the Editor’s Code and I hope that despite being a small correction at the bottom of the article, it encourages the Mail Online to introduce safeguards to deter future inaccuracies, in particular when attributing the faith of Islam to barbaric actions.”

When complaining to IPSO, Versi “noted the difference between the words ‘Islamic’, meaning relating to Islam as a faith, and ‘Muslim’ meaning relating to a Muslim individual,” IPSO explained, noting Versi pointed out honor killings are cultural and not religious.

The Mail Online argued it was fair to say “Islamic honour killings” because it was only a “shorthand reference to the religion of the individuals involved” and it was a possible “honour killing.” The Mail Online did take out the word “Islamic” from its story and added a note to its article explaining:

“An earlier version of this article said that the police were investigating whether Mrs Khan may have been murdered in an ‘Islamic honour killing’. We are happy to make clear Islam as a religion does not support so-called ‘honour killings.'”

IPSO agreed it was wrong to say “Islamic honour killing” because “there was no basis for saying that religion had played a role in this killing,” so it ruled against Mail Online. That said, the appended footnote and removal of “Islamic” did enough to rectify the matter, IPSO said.

Versi also tweeted about the ruling.

Not satisfied with small correction by @MailOnline after Ipso rule in my favour, coverage now across national media pic.twitter.com/tqTtOaWysV

Good to see this correction on ‘honour killing' article, shame the Mail Online buried it 6 screens down. pic.twitter.com/R9brZdozpd

The Muslim Council of Britain has also been a source of controversy for its views on Holocaust Remembrance Day and Hamas.  A 2015 report by the UK government on the Muslim Brotherhood in the UK stated the Muslim Brotherhood “played an important role in establishing and then running the Muslim Council of Britain (MCB)” in the 1990s. The Council’s website states it is “a national representative Muslim umbrella body with over 500 affiliated national, regional and local organisations, mosques, charities and schools.”