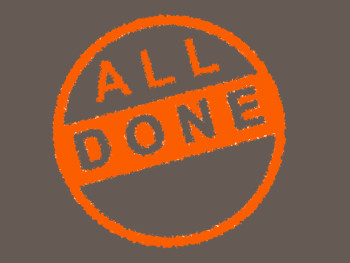 The UK police have ended their investigation into phone hacking at UK papers owned by News Corp. and Trinity Mirror – which includes The Sun, The Times of London, the Daily Mirror and the People.

“The CPS has looked in great detail at the comprehensive files submitted to us by the police, both in relation to corporate liability at News Group Newspapers and against 10 individuals at Mirror Group Newspapers for alleged phone hacking,” Alison Saunders, Director of Public Prosecutions is quoted as saying in a press release, explaining that there isn’t enough evidence to win a case.

Saunders added that the CPS got 9 convictions from its investigations. “These decisions bring the CPS’s involvement in current investigations into phone hacking to a close,” she said.

The police also decided not to charge News Corp in the UK with criminal liability despite the conviction of former editor Andy Coulson because he wasn’t high up enough in the organization and the CPS couldn’t find any evidence against News Group Newspapers’ board. “Responsibility for what went into the newspaper rested with him as its editor but while he had control of the newspaper, within restrictions, he was not a controlling mind of the company,” the CPS said, and so it couldn’t bring criminal liability charges against News Corp UK.

Piers Morgan is one of the journalists who is affected as he now has found out he won’t be charged with phone hacking.

“I’ve today been informed by [UK Crown Prosecution Service] that no further action will be taken against me” over phone hacking, Morgan tweeted. “As I’ve said since the investigation began four years ago, I’ve never hacked a phone and nor have I ever told anybody to hack a phone,” he added.

I've today been informed by CPS that no further action will be taken against me re Met Police phone hacking investigation. mf

As I’ve said since the investigation began four years ago, I’ve never hacked a phone and nor have I ever told anybody to hack a phone. mf

News Group Newspapers told Press Gazette in a statement that “we welcome” the decision against prosecution and noted that the company previously apologized and paid compensation to victims.

“Following a thorough and exhaustive investigation, and after many long trials, inquiries and proceedings, this matter has been concluded and the right decision has been taken,” News Group Newspapers told Press Gazette in part.

iMediaEthics has written to Trinity Mirror and News Corp  UK for further comment.