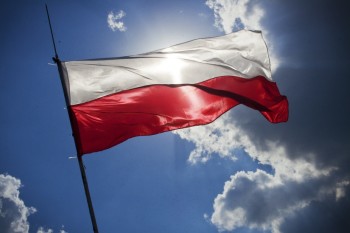 Karolina Lewicka, a host for Poland’s public broadcaster TVP, was suspended after being accused of breaking journalism ethics, but is now back at work after TVP’s Ethics Committee investigated and decided she didn’t break its guidelines.

Lewicka came under fire last month for her Nov. 22 interview with politician Piotr Gliński about his complaints over the Polish Theatre production of Ariel Dorfman’s play Death and the Maiden. The play is about a former political prisoner who seeks justice for the rapes she endured during her imprisonment. Lewicka’s interview with Glinski was live, the ethics committee noted.

As the Guardian explained last month, Glinski wanted to ban the play, accusing it of being pornography. The theater’s website says: “the production is suitable for REALLY adult audiences only and contains sex scenes.”  (During the interview, Glinski hedged his pornography claims a bit, Radio Poland reported.)

Glinski accused TVP of airing “a propaganda programme” that manipulated public opinion. During the interview, Lewicka wanted Glinski to apologize and to answer questions, which she said he was dodging, Radio Poland said.

“[We] have decided that in her interview with Minister Piotr Gliński the journalist Karolina Lewicka did not breach any of the 16 points in TVP’s journalism ethics,” the ethics committee ruled, according to Radio Poland. The Polish-language ruling is here.

Lewicka “had the right to raise the topic as it was of public interest,” the committee decided, adding that Lewicka had to be a “relentless adversary” while interviewing Glinski to get answers. “During the interview she assumed the role of a relentless adversary, who wants to get an answer to a question about the legal grounds for the minister’s request to cancel the preparations for the play,” the committee said.

The ethics committee added that the minister’s comments about TVP were “unjust and hurtful” for the station and Lewicka.

iMediaEthics has written to TVP for more information.