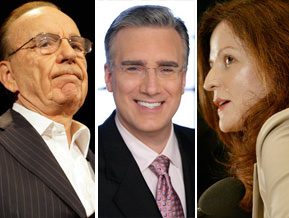 If iMediaEthics’ most popular stories of the year, or Craig Silverman’s best of the worst list of media corrections weren’t enough for you, Michael Calderone, of Politico.com has also issued a list of the years worst media blunders.

2) The Washington Post’s “Salongate”: It’s understandable that newspapers are seeking new revenue streams, but the Post took things to another level this summer. The newspaper sent a flier to lobbyists and potential corporate backers promising an off-the-record, nonconfrontational sit-down with editors and reporters in the home of publisher Katharine Weymouth. The price per salon: $25,000. Shortly after the news broke of what smelled like a pay-to-play operation, the paper canceled the series. But the Post’s top brass continued dealing with questions on how the salons were organized and promoted for months to come.

4) ABC correspondent tweets Obama’s OTR “jackass” swipe: While a tweet is at most 140 characters, one blasted to more than a million followers can ping-pong around the Internet within seconds. That’s what happened when ABC correspondent Terry Moran tweeted some preliminary, off-the-record chatter between President Barack Obama and CNBC’s John Harwood. He wrote: “Pres. Obama just called Kanye West a ‘jackass.’” Moran’s apology for publishing the off-the-record banter didn’t end the matter, as audio, and later video, of the exchange made its way online. Harwood thought that Moran erred in tweeting the comment, but took things in stride, calling the ABC reporter “a class act and a good journalist.”

(We weighed in here)

5) MSM misses Van Jones, ACORN stories: The resignation of an environmental adviser in the White House may not be Watergate, but the Van Jones controversy — propelled by conservative blogs and right-wing talkers like Glenn Beck — showed the potential for partisan media to move the news cycle even as most mainstream outlets ignored the story. Similarly, Andrew Breitbart’s BigGovernment.com conducted an undercover investigation of ACORN that prompted follow-up in the press and calls for investigations from public officials. The New York Times, for one, took notice, with top editor Bill Keller even assigning an editor afterward to start monitoring the budding controversies in the opinion media.

(Our look at MSM’s treatment of ACORN)

It’s always nice to be in good company watching the news for silly or serious slip ups.  Check out Politico’s full list here.