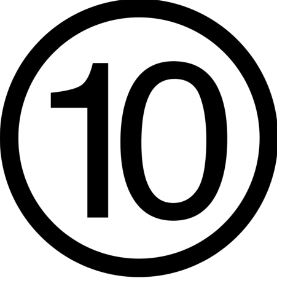 The Sunday Express brought new meaning to the term “blowing things out of proportion.” That is, the UK newspaper claimed the post-Brexit trading zone for the UK was going to be “TEN times bigger than” that of the EU. Reality interceded, however, and it turns out that the UK only has “10 trade deals lined up.”

A reader, Clare Race, complained over the July 17, 2016 print and online article,“UK will build trading zone TEN times bigger than EU with mega-deals with 12 major nations.” After her complaint, pointing out that Secretary of State for International Trade, Britain, Liam Fox only confirmed “10 trade deals lined up around the world,” the Express agreed to correct the headline.

The Express offered to publish a corrected headline that read “UK has 10 trade deals lined up with economic powerhouses.” iMediaEthics has written to the Express.

The Express also said it would publish a correction admitting and disclosing the error. That correction reads:

“This article was amended on 11 August 2016. The headline originally said “UK will build trading zone TEN times bigger than EU with mega-deals with 12 major nations”, the article was published on 17 July 2016. According to Liam Fox, the new Secretary of State for International Trade claimed Britain has 10 trade deals lined up with other countries. These include countries such as India, China, Japan, Australia and Canada who have informally committed to forming strong trade links with the UK. Whilst the UK is in talks with other countries to form new trading partnerships it is inaccurate to state those deals would create a trading zone ten times bigger that the EU trading zone.”

IPSO upheld the accuracy complaint against the paper but since it already published a correction and new headline, it didn’t require the Express to do anything else to rectify the matter.

“The article did not make clear the basis on which the online headline claim, that the UK would build a trading zone that is ‘ten times bigger’ than the EU, could be made,” IPSO ruled. ” The Committee acknowledged that the newspaper did not say how it had calculated the size of the zone. The newspaper accepted, however, that the total population of the countries it had listed amounted to approximately 7.6 – rather than ten – times the population of the EU.”

“While the Committee did not accept that the claim suggested specifically that the UK would enjoy ten times the level of trade than with the EU, presenting it in the online headline in this manner – where it was unsupported by the text of the article, and where the newspaper had not been able to provide a convincing explanation as to why it was accurate – represented a failure to take care not to publish misleading information, in breach of Clause 1 (i),” IPSO explained.