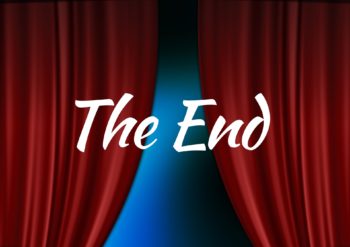 Nearly a year later, it’s over: The UK Sun won’t be publishing any more information about claims that the celebrity known by the pseudonym “PJS” had an extramarital three-way affair.

As iMediaEthics reported, this spring the Sun went to court to try to get an injunction lifted so they could report the identities of PJS and his spouse, both celebrity entertainers. The Sun wanted to report that PJS had an extramarital affair and later a three-way affair. The person with whom PJS reportedly had the affair told the Sun the allegations. And, when the Sun contacted PJS for its story, PJS and his spouse received an injunction barring publication. Because the injunction only affected media in England and Wales, sites outside of England and Wales reported the alleged celebrities at the center of the story.

Given that the story was circulating outside of England and Wales, the Sun successfully got the injunction lifted. However, PJS and his spouse were given a little time to appeal the decision and the UK Supreme Court ruled there was “no public interest” in the story because it was a “kiss and tell.” As such, PJS kept his name out of the British press.

According to the Guardian, the Sun‘s publisher is paying the celebrity damages and his costs, and will unpublish “some articles” about the matter. The news came in Nov. 4 court proceedings confirming the settlement “for breach of confidence and misuse of private information.”

Justice Mark Warby said, “I accept the undertakings offered by the defendant, which are clear and plainly given on advice. I see no reason not to make an order for payment of the agreed sum. There is no reason not to allow the parties to keep the figure confidential.”

The Sun and PJS’s lawyer declined to comment to iMediaEthics about the settlement and what stories were removed.