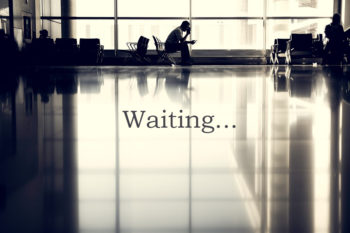 After weeks of waiting, the UK Supreme Court has ruled on whether to lift the celebrity injunction about PJS and YMA, pseudonyms for celebrities caught up in an extramarital affair allegation.

As iMediaEthics has been reporting,PJS obtained an injunction preventing the media from reporting on allegations that PJS had an extramarital affair with someone referred to as AB, and later a three-way with AB and AB’s partner, CD. AB went to the Sun on Sunday to tell the media about the allegations, which is when PJS got the injunction.

The judges agreed 4-1 to keep the injunction, preventing media in England and Wales from naming the couple. On April 21, the Supreme Court held a hearing on the matter and just released the decision today, as iMediaEthics reported.

The Sun had appealed the injunction after media coverage across the globe reported the names of the alleged celebrities. The UK Court of Appeals ruled April 18 to lift the injunction but gave PJS time to appeal to the Supreme Court, which took up the case.

After today’s ruling, Victoria Newton, Editor of The Sun on Sunday, said in a statement sent to iMediaEthics by e-mail:

“The Sun on Sunday is disappointed by today’s decision by the Supreme Court. We have maintained throughout that the story was legitimate public interest journalism.

“Today’s ruling ignores that this is a story that has been printed around the world and published on blogs and social media easily accessible in this country and we echo the dissenting Judge Lord Toulson’s opinion that ‘the court must live in the world as it is and not as it would like it to be’.

“The Sun on Sunday will continue to fight to publish stories that we believe the public should know and the stories which people have a right to tell.”

Supreme Court Lord Mance ruled that the injunction should stay in place and the celebrities shouldn’t be named because it would “infringe the privacy rights of the claimant – referred to as PJS – his partner, and their children,” UK media site The Drum reported.

“Second, there is no public interest (however much it may be of interest to some members of the public) in publishing kiss and tell stories or criticisms of private sexual conduct, simply because the persons involved are well known; and so there is no right to invade privacy by publishing them,” Mance commented, The Drum reported.

Mance went on, according to The Telegraph,

“It is different if the story has some bearing on the performance of a public office or the correction of a misleading public impression cultivated by the person involved. But… that does not apply here.”

One Supreme Court justice, Lord Toulson, called for the injunction to be lifted because “the story’s confidentiality has become so porous that the idea of it still remaining secret in a meaningful sense is illusory.” Toulson commented, “The story is not going to go away, injunction or no injunction.”

Sky News' Andrew Bolt sorry for 'hit on' comment about grooming
Corrections: The Roomba didn't do it! Irish Libel Law, Irish or British, How many Troops Abroad?