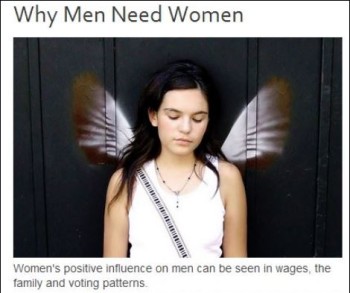 PsyBlog unpublished the above blog post. The blog's author, Jeremy Dean, told us he took the post down because he 'didn't like the similarity' between it and a NYT piece. (Credit: PsyBlog, screenshot)

PsyBlog unpublished a blogpost after an iMediaEthics inquiry about proper attribution. PsyBlog’s author, Jeremy Dean, told iMediaEthics he deleted his post because it was “similar” to a New York Times article.

PsyBlog identifies itself as an “award-winning website” that covers “scientific research into how the mind works” written by psychologist Dean. The site says it “analyses–with wit, clarity, and erudition–psychological studies that are relevant to everyday life,” it says.

During our reporting on The Deseret News incident, the author of the Times article, Grant, pointed out to iMediaEthics the PsyBlog article. Grant asked for our thoughts.

While the PsyBlog article in question wasn’t verbatim plagiarism, it appeared to be based on the Times‘ article. Some factors to consider:

The Times’ article was 1719 words long and PsyBlog was 476 words. There is, of course, a small possibility that PsyBlog saw the same studies and wrote the same article with the same headline but didn’t ever see the Times article.

It seems very unlikely to iMediaEthics, though, so iMediaEthics reached out to Dean asking why there wasn’t any credit or attribution to the New York Times.

WIthin hours of sending our email to Dean, PsyBlog’s post was deleted.  It even appears that Dean deleted a tweet promoting the post. iMediaEthics accessed it by a Google Cache search.

Dean soon responded to iMediaEthics’ inquiry about the similarities between his post and Grant’s article.

Dean confirmed by email that he unpublished the article and explained that he didn’t “like the similarity” between his post and Grant’s New York Times article.

“After reviewing the article ‘Why Men Need Women’ I have deleted it from the site and the Google index.

“Because of the way I write, I don’t know whether the title did come directly from the NYT article or not. Intentional or not though, I don’t like the similarity, which is why I have decided to delete it.”

After Dean deleted the post, iMediaEthics asked Grant what he would have liked for proper attribution in this case. Grant suggested an acceptable way to credit him could have included pointing out the source of the information for the story. Grant wrote:

“I’m no expert on credit in journalism, so I don’t think it’s my place to decide what proper attribution would entail.  I do know that when I find multiple studies in the same article, I reference the source.  For example, I would have probably written something like, “In a recent article, Adam Grant highlighted evidence that…”

iMediaEthics has followed up with Dean asking if he will post a note in place of the blogpost explaining why he deleted it and if he would in the future credit articles that provided inspiration or sources. We haven’t heard back from Dean and will update with any response.

Ironically, PsyBlog’s contact page calls for others to always carefully ensure that he is given proper credit and a link back when citing his writing.   According to PsyBlog’s “answers to common questions” section, Dean wrote:

“If you want to cite an article and need the author’s name then check out the about page, it’s always me. You can get the date from the bottom of the article.”

“I do not allow my writing to be reused in its entirety for any purposes without my express agreement. Instead please publish an excerpt on your site and link back to the original article on PsyBlog.

“Translating my articles into other languages is fine, as long as your website is not for profit. Don’t forget to credit me and link back to the original article on PsyBlog.”

Below, see screenshots of the PsyBlog post for your own comparison. What do you think would have been an acceptable way to credit Grant’s work? Would a hat tip linking to the Times have been enough? Or, do you agree with iMediaEthics and Grant that the article should have clearly indicated that Grant’s work was the inspiration and source for the post and information contained within?