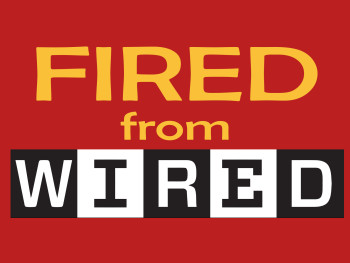 WIRED fired reporter Nic Cavell and added editor’s notes to all four of his articles to acknowledge plagiarism.

Cavell’s four articles all have the same editor’s note:

“THIS STORY DOES not meet WIRED’s journalistic standards as it reproduces material published elsewhere. We’ve chosen to keep the story online for archival purposes and the public record.”

According to Retraction Watch, freelance writer Christina Larson flagged the plagiarism to WIRED last week.  WIRED reviewed the articles by Cavell, a reporting fellow, and confirmed there was plagiarism. Larson told iMediaEthics by e-mail: “I thought that Wired’s editors, especially science editor Adam Rogers, were quick, responsive, and transparent in addressing a problem, and I found their desire to uphold the publication’s editorial integrity very admirable.”

“Joanna [Pearlstein, WIRED’s research editor] went through his first drafts and found a lot of examples, some of which were innocuous or the kind of thing that any beginner would do, that had an editor found them, would have involved a serious conversation, but would not have been fireable offenses. But there were also examples of using the same language.”

WIRED editor Adam Rogers told Retraction Watch it decided to leave the articles up with the editor’s note for transparency. “You can’t delete stuff from the Internet, that’s not being transparent, that’s a coverup,” Rogers told Retraction Watch. “We wanted to make it clear we solved the problem within the bounds of what journalists are supposed to do when this happens. Transparency is part of our mandate.”

iMediaEthics has written to Cavell for comment and more information. WIRED said it didn’t have any further on-the-record comment.