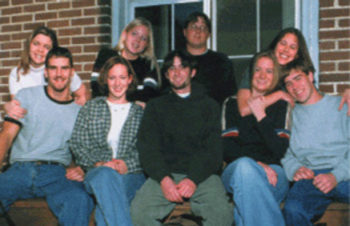 "An ITS graphic artist changed two faces in the 1997 photo, replacing them with the faces of minority students, on the UI's external webpage banner. UI officials ordered the doctored photo removed from the Web site Thursday after Argonaut reporters questioned its authenticity. The altered photo was replaced with a photo of Kibble Dome. The original photo was displayed in several university publications. Photo courtesy of UI. "

Two universities were busted in 2000 for faking diversity at their campuses.

According to Inside Higher Ed, the two universities fessed up to having “doctored promotional photographs to make their campuses look diverse.”

“In both cases, non-white faces were added to real student photographs of all-white groups,” Inside Higher Ed reported. The site cited an Augsburg College sociologist, who studied viewbooks and data on enrollment and “found that more than 75% of colleges appeared to overrepresent black students in viewbooks.”