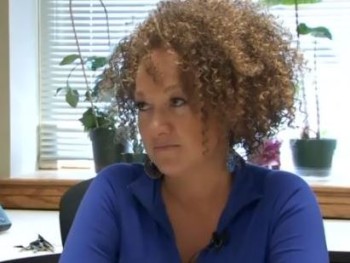 The Pacific Northwest Inlander fired Rachel Dolezal because it feels “manipulated and deceived” and she wouldn’t answer its calls asking why she lied and posed as a black woman.

Dolezal gained national attention last week when it was revealed she is the child of white parents, even though she has presented herself as a black woman for years. “Dolezal has identified herself as at least partly African-American, but her Montana birth certificate states she was born to two parents who say they are Caucasian,” CNN reported. Dolezal told CBS affiliate KREM 2 News she identifies as “black.”

She resigned as president of the Spokane, Washington NAACP today.

In an editor’s note titled “The Rachel We Knew,” the Inlander, a free alternative weekly newspaper for the Inland Northwest, wrote that Dolezal’s name has become “Internet shorthand for deception and doubt.” The Inlander says on its website “the majority of our readership lives in the Spokane/Coeur d’Alene area.”

“Since concerns about her identity and truthfulness have become public, Dolezal has not returned any of our messages seeking comment,” the Inlander wrote. “We are left wondering, like everyone else, what the whole story is. As one of the many organizations that put their faith in Dolezal, we, too, feel manipulated and deceived.”

The paper went on, “We also feel empathy for Dolezal — she is a person, not an idea, and the global shaming she’s enduring is sizable — but truth is truth. For journalists especially, truth and the trust that comes from sharing it are sacrosanct, and we can provide no shelter for anyone who threatens that covenant. As a result, Dolezal no longer writes for this paper.”

The Inlander explained how Dolezal came to write for the paper and how it worked with her.

Dolezal “contributed monthly freelance opinion columns for the past year, tackling vital topics like race, equality and privilege,” the Inlander wrote. “As an independent freelancer, she wasn’t on staff and didn’t maintain a desk here; in fact, she only visited our offices a couple of times during her tenure. Nevertheless, our readers are understandably interested: How could we work with someone whose credibility — indeed, her very identity — is now being questioned?”

The Inlander said it asked Dolezal to write columns focusing on opinion based on “her background in activism and academia,” after learning about her activism. “We never asked about her race,” the Inlander noted, writing that Dolezal “had an interesting perspective, having lived in both Idaho and Washington, and her credentials were impressive.”

The Inlander said that it paid “special attention to Dolezal’s columns…because she wasn’t a trained journalist,” adding that the paper “fact-checked everything we possibly could and on several occasions removed sections that didn’t meet our standards.”
According to Willamette Week, Dolezal “has been a contributor to the Spokane alt-weekly for a  year.” In a March column, Dolezal wrote, Willamette Week noted,  “From the moment black women arrived on the shores of North America, our foremothers fought in strong and strategic ways to realize emancipation and equity for themselves and the African American community as a whole.”