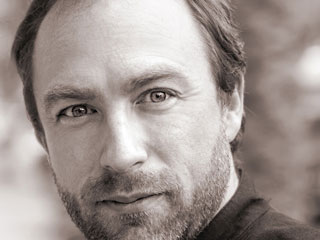 IS THE INTERNET FREE-FOR-ALL OVER? Jimmy Wales says that posting in Wikipedia may need pre-approval from editors in the future.

In his blog Search Perspective, Scott Phillips reports that “Wikipedia, the free online encyclopedia, might be forced to change its processes.” The change comes after two false reports of the deaths of U.S. Senators. Stephen Foley said that misreported stories aren’t the only thing plaguing Wikipedia – it’s also a problem that users can also delete and edit entries at will.

Phillips calls Wikipedia the “most successful online reference site.” Foley says, “As long as you have a critical eye, it cannot be beaten for the bare-bones facts on any subject you can think of.” However, if the site is inundated with errors and false reports, Wiki will lose its reputation as dependable. People, Journalists among them, may soon no longer want to use Wikipedia as part of their research efforts.

Currently, Phillips writes, “entries are not required to be pre-approved before they are published. This rule has led Wikipedia to be a mouth of misinformation in several instances like, most recently, the misreported deaths of US Senators Ted Kennedy and Robert Byrd.”

Entries can also be edited without pre-approval. Take for example the Bruce Springsteen entry. As Foley says, if anyone Wiki’d the singer during this year’s SuperBowl half-time show, this is what they found, “‘Bruce Springsteen. This guy kinda sucks.’ That was it… an encyclopedia page replaced with a blogger’s venting…Later visitors to the page were given a little more to go on. ‘Bruce Frederick Joseph Springsteen (born September 23, 1949), nicknamed ‘The Boss’, is a FAG,’…Hit refresh, and suddenly the entire entry appeared to be in Japanese.” Foley says the entry was fixed and anonymous users were blocked from editing it, but this isn’t the only example of a major entry being toyed with.

In his blog posting, Phillips analyzes how Wikipedia’s actions in handling these issues will affect the future of research. “Wikipedia founder Jimmy Wales wants to correct this problem by having new and unknown user’s entries approved by an editor before they are published on the site,” he writes, “This would be a dramatic shift for the site who [sic] takes pride in the immediacy of its information. Opponents of the new rule proposed by Wales say by have entries pre-approved, it will created backlogs that will not be manageable.”

Foley adds, “What opponents fear most from the new ‘flagged revisions’ rule is that it could put off a new generation of writers and editors, slamming this extraordinary global phenomenon into reverse.”