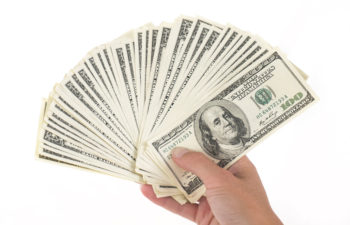 The Raleigh News & Observer newspaper libeled a state firearms investigator Beth Desmond back in 2010, a local jury determined this week. The newspaper and its reporter, Mandy Locke, were ordered to pay $1.5 million for damages and another $7.5 million in punitive damages.

The News & Observer plans to appeal, standing by its reporting series on the State Bureau of Investigation, for which Desmond worked, having “raised important questions.” News & Observer executive editor John Drescher told iMediaEthics by e-mail,

“Our 2010 stories about the SBI raised important questions about how that agency investigates and how agents testify at trial. After the stories were published, numerous changes were made in how the SBI and the state crime lab work. We appreciate the hard work the jury did during this trial but we disagree with the jury’s conclusion as well as the extraordinary damages it awarded. The N&O has not, and will not, shy away from reporting on tough issues important to North Carolina. We will appeal the jury’s decision and look forward to discussing these stories with the appellate courts.”

Desmond’s lawyer, James Johnson, told iMediaEthics by phone they were pleased with the verdict. “It was never really about the money, with regards to Beth, so we’re just relieved and excited that they found in our favor,” he said.

As iMediaEthics previously reported, State Bureau of Investigation agent Beth Desmond sued the newspaper over its 2010 investigative reporting about her work.

“Desmond’s libel suit focuses on six statements the N&O published about Desmond’s work as an SBI firearms analyst, including a statement that independent firearms experts suspected that Desmond falsified evidence to help prosecutors win convictions,” the News & Observer previously reported in an article about her claim.

“The jury found that all six statements the paper published to be materially false –that is, that the sources never told Locke what was attributed to them,” according to the News & Observer‘s own story on the verdict. “To decide in Desmond’s favor, the jury also had to find that there was strong, clear and convincing evidence that Locke and the N&O knew the statements were false or had serious doubts about their truthfulness.”

Johnson said, “We’re obviously relieved they’ve come back and awarded a verdict in her favor,” the paper reported.