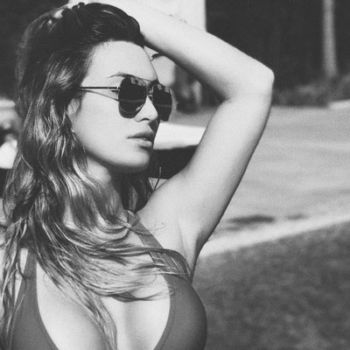 In fact, Shelton didn’t die at all. Her Twitter account was hacked to post the fake death news.  Shelton tweeted a video Jan. 12 saying “obviously I’m not” dead and calling for people to stop claiming she was. Now, news outlets that reported on the tweet claim of Shelton’s death are amending their news reports.

The BBC was one of many outlets that fell for for the death hoax. Six hours after the BBC tweeted, “Transgender Big Brother star dies ‘unexpectedly'” with a news story reporting Shelton’s death, the BBC tweeted an “update” that said a video “disproved reports that she had died.”

The BBC ‘s news story on Shelton now reports that the claims that she died were a “social media hoax,” and  acknowledges that BBC’s “Newsbeat was among several news organisations which reported the former Big Brother contestant had died.” The BBC told iMediaEthics by e-mail the false death report wasn’t broadcast and was only online.

Similarly, the Evening Standard reported Shelton died but didn’t acknowledge in its updated article on the death hoax that it had reported on the hoax tweet.

iMediaEthics has written to the Mirror and Standard to ask if they will add a correction or disclosure.

The UK Metro also published a story reporting on Shelton’s death, but left it intact, adding an update at the top reading, “Rebekah Shelton is not dead and has posted a video message of herself as proof.” The update links to a news story reporting that Shelton was “the victim of a death hoax.”

Similarly, the Sun reported Shelton died, but updated its story to reflect it was a hoax. Like the BBC and Metro, the Sun admitted it was one of the outlets that reported on the bogus tweet. “News outlets around the world including the BBC, the International Business Times and The Sun Online reported on her apparent death,” the Sun reported.

Although it was a horrible experience to find out that I was dead, the positive thing is that I realise that I’m loved and so many people cared about me. Thanks for the support.

UPDATE: A video from the former Big Brother housemate Rebekah Shelton has disproved reports that she had diedhttps://t.co/yUGegNt0X1 https://t.co/6nyAWt7Ui3

I’m not dead!!!!!! Please stop spreading this news!!!!! My lawyer is already working on this and this person who wants to spoil my happiness is going to pay for it!!!!! pic.twitter.com/6PEzjjEGye