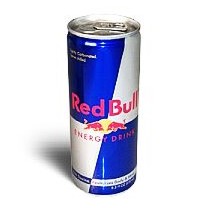 According to the Canadian not-for-profit, Media Awareness Network (MAN), using cultural stereotypes to sell products ultimately has a negative impact on both society and future corporate earnings.

Energy drink maker Red Bull has spent years engraving its “Red Bull gives you wings” campaign in the public consciousness. Unfortunately their tactics include a steady barrage of commercials that cast a variety of races in tired stereotypical roles.

The Canadian not-for-profit,  Media Awareness Network (MAN), suggests that advertisers use of stereotypes is often a shortcut designed to make a large group of people understand a short message in a limited amount of time.  However, this approach is far from harmless. MAN cautions that stereotypes such as these “reduce a wide range of differences in people to simplistic categorizations, transform assumptions about particular groups of people into ‘realities,’ perpetuate social prejudice and inequality” and “justify the position of those in power.”

Red Bull commercials have included –cartoon imagery portraying attractive women as gold-diggers,  college coeds as sex-obsessed and not serious about school,  older women as intolerable shrews, Arabs as existing in a world rife with genies and balloon pants, Italian Americans as vicious Mafiosos,  and Native Americans as stilted-English-speaking smoke signal blowers– to name only the few available on the Internet.

Wally Snyder, Professor Emeritus of the American Advertising Federation writes in his blog that advertisers that air ads that offend live by the industry adage that “It’s good to get the customer’s attention even if it makes them mad.”  He argues that despite the fact that this school of thought can be pervasive, it is an alienating strategy that will ultimately cause customers to seek out a brand whose ethics are more in line with their own.

For a product that claims to “give you wings,” Red Bull sure grounds on a lot of people with limited expectations.