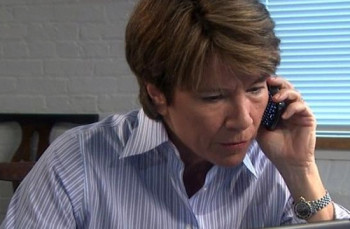 A reporter for Baltimore NBC-affiliate TV news WBAL said she will “step back” her role in reporting on Freddie Gray, the Baltimore Sun reported.

The reporter, Jayne Miller, is in a relationship with lead prosecutor Janice Bledsoe, according to the Sun. The Sun’s David Zurawik previously reported on the conflict after having confirmed it with Miller.

He added that “anytime we have a potential conflict of interest, it’s discussed and vetted in an appropriate manner.”

Zurawik argued ” WBAL should have either kept Miller from reporting on any cases involving Bledsoe or disclosed their relationship every time she did.”

In an interview with Boston’s WBUR, Miller said, “I’m actually going to be covering less of that court case, because I have a personal connection to one of the prosecutors, and because it’s now in that arena, I’m going to be backing away from coverage of that.”

Miller said she had previously decided that she would report on Freddie Gray unless the matter ended up in the courts.

“We have been saying all along that if this case – when and if this case – got to the point of charging, which now it throws it from all of the agencies that are investigating solely into the arena of the state’s attorney’s office, that would be the point that I would step back,” she said.

iMediaEthics has written to Miller and WBAL’s general manager for comment. We’ll update with any response.