Is Reporting on Las Vegas Shooting Victims' Autopsy an Invasion?

Is Reporting on Las Vegas Shooting Victim’s Autopsy an Invasion of Privacy? 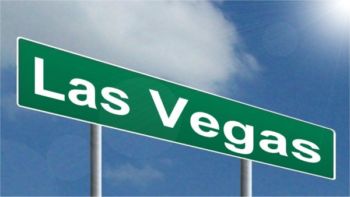 Would it be an invasion of privacy for the Associated Press and Las Vegas Review-Journal to report on the autopsy of one of the Oct. 1 Las Vegas shooting victims?

A Nevada judge ruled that it would be and told the news outlets to “destroy their copies of an autopsy report” for off-duty police officer Charleston Hartfield, the Review-Journal itself reported  Feb. 9. Last week, the “AP filed an emergency petition to the state supreme court,” AP spokesperson Lauren Easton told iMediaEthics by e-mail.

The news outlets received redacted copies of all 58 shooting victims’ autopsies, not identifying whose autopsy was whose. The judge suggested either the news outlets destroy all their copies and the coroner sends only 57, or letting the coroner’s office go through the news outlets’ records and remove Hartfield’s autopsy. Las Vegas Review-Journal editor-in-chief Keith Moyer slammed the suggestions as “a preposterous demand of a free press.”

Hartfield’s widow sued to keep the autopsy private after it was released, arguing it contained “confidential medical and health information,” the Review-Journal reported Feb. 5.  “Names, ages, hometowns and racial characteristics of the victims were redacted from 58 reports made public last week after a judge’s order.”

“These reports are important public records. Previous rulings have held that these records must be accessible to the public,” Moyer is quoted as saying in the paper’s story on the judge’s ruling. The paper is appealing the ruling, as is the Associated Press, according to the AP’s own report. “Attorneys representing the news organizations said once personal identifiers are redacted, claims to privacy no longer apply,” the AP reported.

The AP and Review-Journal may have been instructed not to publish the autopsy, but the Huffington Post published all 58 autopsies Feb. 15, the Review-Journal noted.

Both the Reporters Committee for Freedom of the Press and the Nevada Press Association support the Review-Journal and AP’s bid to overturn the ruling, having submitted an amici curiae brief in support, the Review-Journal reported.

Is Reporting on Las Vegas Shooting Victim’s Autopsy an Invasion of Privacy?