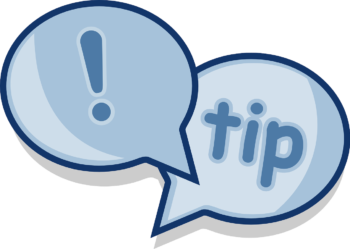 There is new guidance in the UK for reporting on transgender people. The UK press regulator, the Independent Press Standards Organisation, released earlier this month to help reporters and editors report sensitively, accurately and ethically on transgender issues.

The guidance is the first time IPSO released recommendations outside of its code.

“Alongside a number of trans and non-binary people from across the UK, I was pleased to be able to help All About Trans run two consultations with IPSO earlier in 2016. I was impressed by the openness and level of engagement IPSO had with the trans community, specifically to produce improved and up-to-date guidelines for journalists.

Holdom went on: “It’s so important that this type of work be carried out with the consistent consultation of those it will affect. I believe the new guidelines go a long way to standardising respectful and relevant reporting on trans individuals and importantly highlights the extra protections surrounding trans children. Much of IPSO’s guidance relies on subjective interpretation – for example, what is a pejorative term and are former names and photos relevant to a story? – but this is a good foundation upon which to establish such standards. I welcome IPSO’s clear desire to help offer protections to an often vilified and poorly represented community, and now provides some much-needed extra empowerment for trans individuals to control the individuality of their own narratives and move press outlets away from, outdated, dehumanising and stereotyping stories.”

Susie Green, the CEO for the charity Mermaids, which also participated in the discussions, told iMediaEthics  “Mermaids were delighted to be asked along to the discussion regarding the new guidelines, and were involved in a meeting with IPSO representatives and parents and young people who are service users of Mermaids to get additional insight into the issues that these families faced, and how they could both report and refer to the guidelines.”

“This guidance does not replace or supersede either the Editors’ Code or the Codebook, nor does it limit or restrict editorial decision making,” IPSO said in a press release. “The guidance explores key questions for journalists and editors to think about as they write these stories, provides detailed discussion of key issues and highlights other organisations that may be able to help journalists or editors.”

The guidance explains that the editor’s code has “a number of clauses relevent to reorting or researching stories on transgender individuals” but there are exceptions for strong public interest. For example, journalists should be accurate, respect privacy, avoid harassment, protect children, and avoid discrimination. Specifically concerning discrimination, IPSO explained:

IPSO also listed numerous questions for journalists to consider when reporting on transgender people or issues. The questions are:

The guidance also reminds journalists that “It is difficult to estimate the number of individuals in the UK with gender dysphoria or who have undergone gender transition – editors should present such claims with care.”

Concerning children, IPSO reiterated that journalists must have parental consent before anyone under 16 is interviewed or photographed, that children can’t be paid “unless it is clearly in the child’s interest,” that schools are off limits and that a famous parent or family member doesn’t allow invasion of privacy for children. If there is “an exceptional public interest” for reporting on a child, IPSO advised journalists “consider how to limit the intrusion” by anonymizing the child or some other effort.