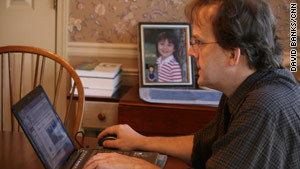 In mainstream media journalism, “blogger inaccuracy” is one of the most often mentioned criticisms. The blogger Michael White appears to be one of the exceptions. According to today’s CNN report, White’s Web site, icasualties.org, offers journalists and the public a careful and true count of deaths in Iraq and Afghanistan operations. CNN writes:

“For six years, White has faithfully produced a number that is critical to shaping the legacy of the wars in Iraq and Afghanistan: the death toll. Every day, White, 51, updates a Web site he launched in 2003, icasualties.org, to keep count of the dead: American troops, coalition troops, contractors and Iraqi civilians. He eventually began documenting deaths in Afghanistan as well.”

CNN reports that The New York Times, The Associated Press, and Reuters cite White’s site and figures, and give him attribution.

They state: “The Reuters news agency routinely culls the icasualties site to help compile its tallies of fatalities. David Stamp, who works in its editorial reference unit, said the fact that the agency uses the site means that it views it as a reliable and authoritative source.”

White told CNN that he creates his daily data complication from sources including military press releases and hometown newspapers that he says often have the earliest information.

More than just numbers, CNN writes that White “grew the numbers into a searchable database that allows users to analyze where troops were killed, what branch of service they were in, their age, sex, race. He added the number of wounded and Iraqi and Afghan civilian casualties, not easy to track.”

StinkyJournalism tried to see if White’s site offered all these features, but the site appears to be hampered, perhaps, by a sudden surge of traffic generated by today’s CNN article. We will post an update later.

UPDATE: 4:51pm EST: StinkyJournalism finally got a chance to look at the tables and sources listed on White’s site. The numbers White garnered from American sources regarding Americian dead appear solid, although we have not fact-checked them in detail.

White’s site specifically warns, however, that the numbers for Iraqi dead are inexact.  He writes: “This is not a complete list, nor can we verify these totals. This is simply a compilation of deaths reported by news agencies. Actual totals for Iraqi deaths are much higher than the numbers recorded on this site.”

Readers should note that a study White cites for his numbers of civilian dead (“For a detail Report on mortality before and after the 2003 invasion of Iraq see The Lancet Study (PDF)”) is itself controversial. Distinguished pollsters have challenged both the methods and count. StinkyJournalism has been investigating this paper over the past month. More soon.