Richard Roeper gets new Twitter, reinstated at Sun-Times after fake 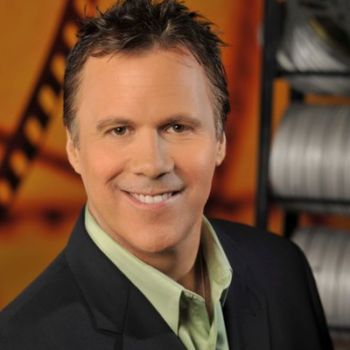 The Chicago Sun-Times will reinstate film critic Richard Roeper but he is starting a new Twitter account after he was busted by the New York Times for buying Twitter followers.

As iMediaEthics reported earlier this week, Roeper was suspended while the Sun-Times investigated the allegations in a New York Times report including him among other high-profile or well-known tweeters having purchased fake Twitter followers.

In a statement posted on its website tonight, which the Sun-Times pointed iMediaEthics to by e-mail, the newspaper explained it investigated the allegations and Roeper’s Twitter account in the interest of “authenticity.”

The Sun-Times reported that its investigation found Roeper bought a total of 50,000 followers from 2014 t o 2016, which he paid for himself. Roeper told the Sun-Times he didn’t know any of his followers were fake.

“Roeper purchased about 50,000 followers on at least six separate occasions between July 2014 and July 2016,” the Sun-Times reported. “Three of those purchases were from Devumi; the other three purchases were from another company. In all, Roeper spent about $650 on the purchases out of his personal accounts.  Roeper represented that these were all the follower purchases that he has been able to find to date; he did not rule out other potential purchases.”

Now that he is reinstated, Roeper will write entertainment reviews and stories “but not general interest columns.” He also will close down his current Twitter account and create a new one, promising not to buy any followers there. The Sun-Times also included a statement from Roeper confirming he bought followers without letting any news outlets he worked for know. “In the interest of transparency and a fresh start, I will be voluntarily deactivating my Twitter account and launching a new account,” the critic is quoted as saying. His new Twitter account, @RichardERoeper, has 34 followers as of this publication.

The Sun-Times added that it doesn’t have any “explicit policy banning the purchase of Twitter followers” but that Roeper is “genuinely contrite” because he is “aware, now, that these purchases were improper.” That said, the Sun-Times said it would update its policies to ban paid social media followers.