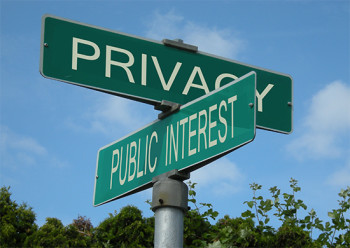 Did Toronto’s troubled mayor Rob Ford get “into fights” and break things while in rehab? The Toronto Star said so based on a fuzzy number of anonymous sources.  Regular Joes and Janes would likely never have private health details about their recovery from addiction reported.

So was it OK for the Toronto Star to rely on multiple anonymous sources about Toronto Mayor Rob Ford’s rehab stay?

English reported that the Star normally wouldn’t include “private health information” and didn’t “reveal any private details of the mayor’s personal health.” She defended that reporting on his rehab stay as important given his public actions and announcement that he was going into rehab. But this begs the point that private health information generated from rehab is comprised of one’s behavior and statements, as well as therapeutic progress.

Just a couple of months ago, the Globe and Mail shelled out $10,000 for pictures of Rob Ford smoking from a device that looked like a crack pipe. Last year, the Toronto Star published a video of Ford drunkenly ranting about killing someone. And, there also was the infamous video of Ford smoking crack that the Star and Gawker both saw

“The information revealing the truth about Ford’s rehab stint is indeed of compelling public interest to Toronto voters in the midst of a mayoral election campaign,” English wrote.

The Toronto Star article was based on, maybe, three anonymous sources. The number is unclear–which is troubling. The July 7 article, “Rob Ford ‘disruptive’ in rehab, sources say,” quoted “people who have knowledge of his two-month stay at GreeneStone” including a “fellow patient,” “others” and “a staffer” who only talked to the reporter through a proxy.

These sources commented on Ford’s behavior during therapy and claimed he “broke things” and “got into fights.”

The Star included quotes about counselor’s comments and Ford’s actions in public areas of the rehab center. The Star also reported that “management was concerned Ford continued to use drugs or alcohol” and that there was a police visit to the facility when Ford was in rehab, but that the Star didn’t know if it was “related to Ford.” The Star said it would take three months to get details of the police call through a Freedom of Information request.

The Star explained to readers more information about its decision to grant anonymity, quoted here in full.

“For this story, the Star has obtained accounts of Ford’s time in rehab from three people with knowledge of his time there, including a fellow patient, and from others, including a staffer, who provided accounts through an intermediary. Due to concerns over publicly breaching the confidentiality of the treatment facility, the sources asked that their names not be published.”

The Star added that neither Rob Ford nor GreeneStone’s president would comment about mayor’s stay.

English: Story was in Public Interest

On July 11, English, the public editor, wrote about the matter, noting that she heard from “several readers” asking about the decision to report on rehab. Readers wanted to know:

“Did the Star cross an ethical line in reporting information from confidential sources with inside information who said that the mayor was kicked out of group therapy and that management was concerned Ford continued to use drugs or alcohol during his time in rehab?”

“There are few greater conflicts in journalism than that between the responsibility to seek truth and report it in the public interest and the rights of individuals to privacy of personal information,” she commented..

English wrote that the newspaper really was obligated to report on the rehab stay as part of the public interest, especially since Ford is up for re-election and since he “made his rehab and sobriety a public issue.”

“This confidential information presented the newsroom with a unique ethical dilemma. Given the extraordinary circumstances of all that led up to and followed Ford’s rehab stint, the newsroom determined that it must publish this information,” she wrote.

iMediaEthics has written to Ford’s office and GreeneStone for comment.

UPDATE: 7/15/2014 11:04 AM EST: iMediaEthics asked GreeneStone, the facility where Ford went to rehab,  for comment on the Star’s reporting on Ford’s time at its facility.

“GreeneStone takes patient care and confidentiality very seriously.  As an organization we take great strides to protect patient confidentiality and have never spoken to the media about any of our patients.”

We asked if, in general, whether a patient’s behavior or actions at rehab would be considered medical or part of therapy, and therefore private medical information.

Leon told us, “Anything in rehab is confidential and private.”