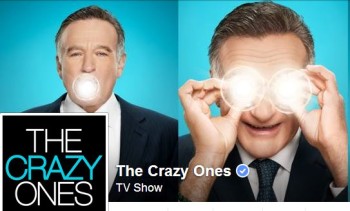 Robin Williams had not fallen off the wagon before his death, gossip debunking website Gossip Cop reported.

“So much of that story is false that I don’t know where to begin,” Williams’ representative said to Gossip Cop.

A false story originated in the New York Post claiming that Williams “insisted on a real drink” when filming the CBS sitcom The Crazy Ones. The anonymous source went on to make further false claims against Williams.

But, ethical guidelines like that didn’t stand in the way of the Post’s “exclusive” Aug. 13 article, “Williams fell off wagon with drink on TV set,” iMediaEthics notes.

The article cited an anonymous “Hollywood insider” as source for the claims Wiliams was drinking.  “One drink led to another, but it seemed to calm him down,” the Post‘s anonymous source claimed. The Post added that Williams “insisted on downing real booze.”

Williams’ widow Susan Schneider issued a statement Aug. 14, which debunks the claim Williams was drinking. Schneider said that Williams’ “sobriety was intact.” In that statement, Schneider revealed that at the time of his death, Willaims was dealing with “depression, anxiety as well as the early stages of Parkinson’s Disease.”

The Post‘s source went on to badmouth Williams after death by claiming Williams was attention-grabbing and negative toward the show. The Post wrote:

“He also griped that he ‘had a bad feeling’ about the lack of chemistry on set, while the rest of the cast blasted his constant need for attention, the source said.”

Further, the Post cited the anonymous source and a “longtime friend” claiming Williams needed money. Williams’ publicist and family spokesperson Mara Buxbaum debunked the rumor Williams needed money to NBC News. Buxbuam said, “Reports suggesting Robin may have had financial issues are simply false…I understand people’s desire to try to understand this, but we would encourage your focus be on working to help others and understand depression.”

The Post article’s claims were re-published in part on Fox News, the UK Telegraph, and the Daily Mail,

iMediaEthics is writing to the Post to ask why it allowed an anonymous source to launch negative attacks against Williams and if it will be posting a correction given Williams’ widow and spokesperson’s denials of the claims.