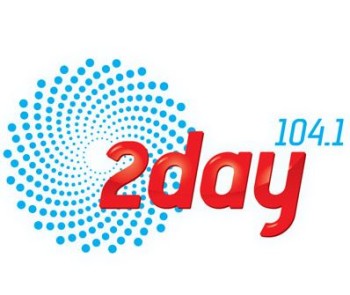 The Westminster Coroners’ Court opened an inquest to investigate the death of Jacintha Saldanha, a nurse at King Edward VII hospital who was found dead in 2012 three days after answering a prank phone call to the hospital.

The inquiry was “not to apportion blame in any way” coroner Dr Fiona Wilcox said, according to the Guardian.  Instead it was to “learn from the mistake,” News.com.au reported. Saldanha’s death was ruled a suicide at the hearing this week, NBC News reported. “The hoax call was clearly pressing on her mind,” coroner Wilcox said of Saldanha.

Saldanha connected the phone call, made by two Australia radio DJs from 2Day FM  posing as Prince Charles and Queen Elizabeth, to a nurse at the hospital, where Kate Middleton was staying during her pregnancy with Prince George. Days later, Saldanha was found dead.

One of the two hosts, Melanie Greig, apologized Sept. 12 at the inquest hearing. According to the Canadian Broadcasting Corp., Greig attended the hearing “voluntarily” and spoke to Saldanha’s family.  Greig resigned from 2 Day FM last year.

“I am so deeply sorry for your loss. I have wanted to say this to you for so long…This tragedy is always going to stay with me,” she is quoted as saying.

Greig also apologized to the nurse to whom Saldanha connected to the call. That nurse was not identified. According to the UK Independent, Greig said “To the second nurse involved, I am so deeply sorry for what you have had to endure. I pray you have found the strength to live on as best you can.”

She added that, “I wish I’d tried harder to stop that prank from being aired.”  Greig further commented that radio hosts should “consider the feelings of others.”

“To fellow announcers and DJs, I urge you to speak up if you don’t feel comfortable and consider the feeling of others when trying to make a joke. The joke should always be on us, the DJs.”

She also tweeted about the inquest

I made a commitment to the Saldanha family that I would answer any questions they have, on or off the stand, I’m here to uphold that promise

Southern Cross Austereo, which owns 2Day FM, said it “donated $500,000 to a trust fund  for Jacintha Saldanha’s family,” News.com.au reported.  Southern Cross Austereo admitted “this donation or any amount of money” wouldn’t “relieve the feeling of loss” but distanced itself from any legal responsibility for her death.

“We also note that the coroner has said there is no causation as a matter of law between the hoax call and any subsequent voluntary action by Ms Saldanha,” Southern Cross Austereo told News.com.au.

A statement from the company’s CEO Rhys Holleran, cited by the Sydney Morning Herald, said

“Southern Cross accepts complete responsibility for broadcasting the segment. It does not apportion blame to any of its employees (and) deeply regrets (the broadcast).”

According to information presented at the inquest, the radio station tried to get permission to air the prank call by making four calls to the hospital but “all were ended by the recipient within seconds,” the Independent reported. Apparently, the station decided it didn’t need permission after all and went ahead with its broadcast.

During the inquest, it was revealed that Saldahna had apologized via e-mail to the nurse she patched the call to, the Irish Independent reported.  “I am terribly sorry for transferring the call to you,” Saldanha e-mailed the nurse, commenting “It’s all my fault.” Saldanha went on,

“Please accept my apologies. If there was anything I could do to mend it, I would do it but it’s all in their hands. I am very upset and don’t know what to do, things are all going in the wrong direction for me at the moment.”

After the inquest, Saldanha’s son Junal thanked “everyone in Britain and around the world who has supported us through this difficult time in our lives.”