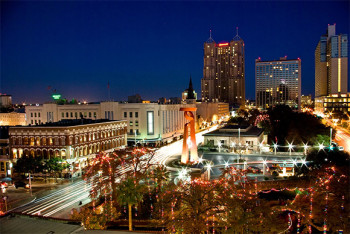 San Antonio CBS-affiliate KENS 5 falsely claimed in May and June that a local attorney mishandled a case.  The station never contacted the attorney, Jon Christian Amberson, and based its reports on sources, according to this month’s retraction.

The station’s “Oilfield Greed” report by Joe Conger, broadcast on May 21 and June 2, reported on Michael and Cassandra Harms’ claims that “Amberson handled their case in an unprofessional and unethical manner and filed a grievance against Amberson with the State Bar of Texas.”

Further, the station said that even though the couple complained to the state bar, “no disciplinary action was ever taken against Mr. Amberson” and their complaints “were dismissed by the State Bar.”

Amberson then sued the station over the May 21 and June 2 reports. He called for “at least $1 million in actual damages and $5 million in punitive damages,” My San Antonio reported.

He said, according to Media Bistro, “Without any facts whatsoever to support their storyline, KENS-TV. . .misrepresented numerous statements and claims attacking my honesty, integrity and professional work, all in an effort to fabricate a scandal to drive their TV news ratings.”

This month, KENS 5 apologized and retracted its story.

“KENS 5 relied on information provided by individuals interviewed by the station but did not have the opportunity to interview Jon Christian Amberson,” the station said.

The station noted it “relied on those individuals” for “factual and accurate information.” The station did not say if it actually vetted the claims.

“After further investigation and information that has come to light, the statements we reported about Mr. Amberson’s potential improper handling of the Harmses’ case have not proved to be true” the station wrote.  “We apologize to Mr. Amberson for the inaccurate and incomplete presentation the I-Team reports presented about him.”

The retraction was published on its website and in an on-air statement.

The reporter for the story, Joe Conger, no longer works at KENS 5.

In a Nov. 27 statement on his Facebook page, he said he was “retiring” to work in public relations.

“Facebook friends, I’m retiring from the news business after 13 years here in San Antonio. I’ve enjoyed sharing stories with you every moment of that time! You may still see me now and then on the air… I’m excited to announce I’ve taken a job with Christus Health Systems, working in Public Relations. If we bump into each other in the future, I’d like to say “thank you” for watching KENS-TV!”

Conger told iMediaEthics by e-mail, “The settlement with Jon Amberson is confidential in nature, and prohibits me from talking about the two stories or the research that went into them.” He pointed to the San Antonio Express-News’ report o the matter and said it was his choice to leave the station.

“After 23 unblemished years as a news journalist, it was my decision to make the career switch into public relations,” he wrote. “The fantastic opportunity fit my career goals, and I’m having a blast!”

iMediaEthics has written to KENS-5’s news director for comment. We’ve also left a message with Amberson.