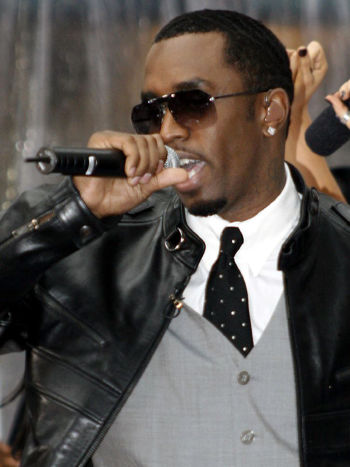 While Wofford says he was joking, viewers were upset he was making light of sobriety and substance abuse. Because of that perception, Wofford apologized both online and on air.

Wofford, who is black, noted that some viewers thought he was “playing on racial stereotypes.”

On air, Wofford took the blame for his comments and offending viewers. Not only did he apologize for his comments, he also praised Combs’ “work ethic, wisdom, dedication, and contacts” as well as donations. iMediaEthics tweeted Combs’s company’s communications person to ask if he called for the apology and is satisfied with it.

Many were offended at a segment I aired that discussed Sean Diddy Combs possibly buying the Panthers. I was asking our sports reporter about his thoughts and he made a disparaging joke about Combs. I am sorry for entertaining his comments and sorry for my response and how I handled the conversation. Those who have watched me on KRON4 for the past 19 years know that my response was not reflective of my personal views, integrity or character nor typical of my professionalism. To those who found my comments or reaction offensive, I hear you and I am sorry for my handling of the topic, my comments and the impression I made.

I want to offer a sincere apology to anyone I may have offended during our morning newscast today. During a conversation with Darya Folsom, I made a comment about whether Sean Diddy Combs was seriously considering buying the Carolina Panthers. In my comments, I questioned whether Mr. Combs was sober during a recently posted video.

Although it was said in an attempt to be funny, I realize insinuating a person may be drunk or on drugs is nothing to joke about. For that I sincerely apologize to Mr. Combs, his fans and everyone who was offended. Dozens of Diddy’s twitter followers have accused me of playing on racial stereotypes. That was not my goal. But I understand my comments had that impact and for that I sincerely apologize.

Sean Combs has a long history of success in the music industry and he has done a wonderful job investing millions of dollars in multiple businesses. He has a great reputation for making large donations to help the community. He’s a man who has worked from the bottom to the top and for that I respect his accomplishments. My comment was never intended to downplay what Diddy Combs has accomplished as an entrepreneur nor was it intended to question what he’s capable of accomplishing in the future. Sean Diddy Combs has the work ethic, wisdom, dedication and contacts to be a successful NFL owner.

Darya Folsom has taken a lot of heat for her reaction to my comments this morning. The negative feedback she’s receiving is unfortunate because Darya is a very professional journalist and I would never want to see anyone blamed for something I said. Also, Gary Radnich has been wrongly accused, as the sports anchor who made the comment, about Diddy Combs. Please know Gary Radnich has no connection with what took place on the morning show today.

Once again, I’d like to apologize to anybody who was offended by my comments. I promise I will learn from this mistake.