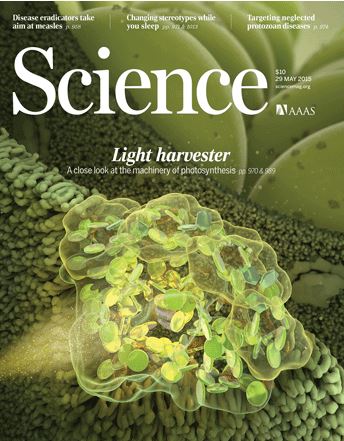 Science pointed out “three key reasons” it decided to retract:

“Today, Thursday, 28 May, 2015, Science, with the concurrence of author Donald P. Green, is retracting the 12 December 2014 Report “When contact changes minds: An experiment on transmission of support for gay equality,” by Michael J. LaCour and Dr. Green. Mr. LaCour does not agree to this retraction.

“Science provided three key reasons for the retraction: (1) the misrepresentation of survey incentives; (2) false statements of sponsorship; and (3) the inability to produce original data, which makes it impossible to verify or alleviate concerns about statistical irregularities documented in an independent online response to the original work. Please refer to the “summary of irregularities” cited in the retraction.

“Science had previously published an Editorial Expression of Concern about the study, on Wednesday, 20 May, 2015, to alert readers to the fact that serious questions had been raised about the validity of the study’s results. This was after receiving a retraction request from Dr. Green, on Tuesday, 19 May, 2015.

“Reporters registered with EurekAlert! can also refer to the original Science Press Package summary of this study and related materials, which have been updated with a retraction notice.”

The retraction by Marcia McNutt is published on Science‘s website and reads:

“Science, with the concurrence of author Donald P. Green, is retracting the 12 December 2014 Report “When contact changes minds: An experiment on transmission of support for gay equality” by LaCour and Green ( 1 ).

“The reasons for retracting the paper are as follows: (i) Survey incentives were misrepresented. To encourage participation in the survey, respondents were claimed to have been given cash payments to enroll, to refer family and friends, and to complete multiple surveys. In correspondence received from Michael J. LaCour’s attorney, he confirmed that no such payments were made. (ii) The statement on sponsorship was false. In the Report, LaCour acknowledged funding from the Williams Institute, the Ford Foundation, and the Evelyn and Walter Haas Jr. Fund. Per correspondence from LaCour’s attorney, this statement was not true.

“In addition to these known problems, independent researchers have noted certain statistical irregularities in the responses ( 2 ). LaCour has not produced the original survey data from which someone else could independently confirm the validity of the reported findings.

“Michael J. LaCour does not agree to this Retraction.”

LaCour said in a statement last week that he stands by the study.

At least 12 news outlets issued retractions or notes updating their reporting on the same-sex study once the problems were highlighted.