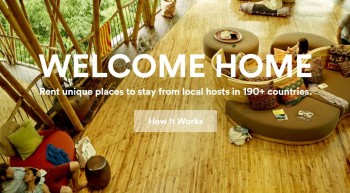 The New York Times failed to disclose a clear conflict of interest in a recent news article by Laura Arrillaga-Andreessen that covered Airbnb, which her husband Marc Andreessen heavily invests in.

Arrillaga-Andreessen is founder and president of a foundation in her own name, the Marc and Laura Andreessen Foundation, as well as a professor at Stanford Graduate School of Business and an author. Her husband co-founded the venture capital firm Andreessen Hororwitz and Netscape.

“Disclosure: The writer’s husband, Marc Andreessen, is the co-founder of Andreessen Horowitz, a venture capital firm that is an investor in Airbnb.)”

One of the five entrepreneurs featured in her article is Brian Chesky, co-founder of Airbnb. Business Insider described Airbnb as a “bumbling startup” before Andreessen invested. TechCrunch said in 2011 Airbnb “raised $112 million at a one billion plus valuation led by Andreessen Horowitz” adding that “we’re hearing” Andreessen shelled out $60 million.

After readers complained about the lack of disclosure, Times public editor Margaret Sullivan contacted the T Magazine editor, Deborah Needleman, who argued the conflict should have been disclosed but defended Arrillaga-Andreessen as the choice for covering the topic.

“I disagree that we shouldn’t have let Laura write, as she is a separate person from her husband with her own career and credentials, having created a program for philanthropic study at Stanford,” Needleman told Sullivan, adding that she didn’t ask Arrillaga-Andreessen about conflicts because of an “oversight.”

Needleman noted that she wasn’t thinking about Arrillaga-Andreessen’s financials because she had her own money before marrying Andreessen. “I say this not as an excuse, but she is, separately from her husband, a billionaire (making her through marriage a billionaire twice over) and for that reason I think I failed to consider any monetary conflict in her case,” Needleman told Sullivan. “Had I done that, I would have thought twice about the Airbnb mention, but as I believe in her expertise and opinion, might still have wanted to run it, but absolutely would have included a disclosure.”

Sullivan disagreed and commented the Times should have gotten someone else to cover the topic. “This is a case in which the financial conflict is so clear, and the spousal tie so close, that a disclosure would not have been enough,” she wrote. “A different writer altogether would have been a far better idea, and, to my mind, the only right one.”

iMediaEthics has written to Arrillaga-Andreessen’s foundation seeking comment on the Times public editor column and the added disclosure.

Whoops! The moon isn't a planet