The Verge fires editor who secretly got job at Apple - iMediaEthics 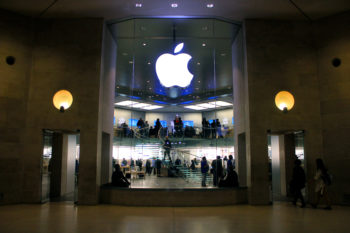 A Verge deputy editor, Chris Ziegler, was secretly working for Apple almost the entire summer without disclosing it to his editors. The Verge, a tech news site, found out when Ziegler disappeared in August and September and his editors tried to track him down.

Nilay Patel, editor-in-chief of The Verge, disclosed the hidden employment in a Sept. 23 post to readers. According to The Verge, the timeline was: Ziegler started working for Apple in July, when he was still “actively working” for the news site. Zielger “was not in contact with us through most of August and into September,” which is when The Verge found out he was working for Apple. When The Verge found out, Ziegler was officially fired.

“The circumstances of Chris’ departure from The Verge raised ethical issues which are worth disclosing in the interests of transparency and respect for our audience,” Patel wrote. “We’re confident that there wasn’t any material impact on our journalism from these issues, but they are still serious enough to merit disclosure.”

The Verge’s parent company Vox Media had its editorial director Lockhart Steele look into the site’s coverage of Apple when Ziegler was working for both and found that there was no “impact” on the site’s coverage. Steele talked to “more than a dozen” of Ziegler’s co-workers and checked e-mails, chats and logins. The review’s result? “Chris did not attempt to steer any coverage towards or away from Apple, and any particular decisions he helped make had the same outcomes they would have had absent his involvement,” Patel claimed.

iMediaEthics has written to Ziegler, the Verge and Apple for more information.