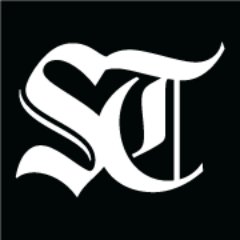 The Seattle Times suspended an unnamed “news employee” after allegations of sexual harassment.

While the Times didn’t name him, the journalist in question was Mike Rosenberg, the Seattle Times reported, explaining, “Talia Jane, a Brooklyn-based journalist, first started a thread early Sunday morning, detailing an initially anonymous Twitter user who began asking her about her job prospects, before pivoting to sexually charged messages. She eventually posted a full screenshot with his username.”

Crosscut reported that Rosenberg admitted he did send the messages, telling Crosscut the messages “weren’t supposed to go to her.”

Jane posted screenshots of the direct messages which show she was sent messages asking “have you considered applying for any reporting jobs” and a couple messages regarding that, followed by her receiving messages saying “anyone you’re so beautiful,” “anyway you are hilarious” and a profane message, to which she wrote, “this isn’t appropriate or acceptable.”

Then she received messages saying, “holy sh*t, you’re entirely right, that wasn’t intended for you, I am incredibly sorry. (If I were you I would kill me)” according to the screenshots. She responded, “that’s an inadequate excuse given the time stamps make it clear you could’ve noticed the error for 45 full minutes and instead kept going.” Jane told him to “show your wife what you said” and delete his social media accounts “so you can’t engage in predatory behavior behind the safety of a screen,” but he responded he would be fired if he deleted his social media and his wife “will be devastated.”

Jane tweeted she contacted the executive editor and managing editor to alert them to the messages, and that the sender did deactivate his account. Rosenberg’s account is currently deactivated. Further, she noted that the sender offered to donate $1,000 to the National Organization for Women if she didn’t identify him but she responded, “women are not toys. we certainly should not be played with and efforts to manipulate us will not be tolerated” and included a screenshot of the messages showing Rosenberg’s name and photo.

In a statement posted on Twitter, the Seattle Times Co. wrote: “Earlier today, The Seattle Times was made aware of allegations of sexual harassment against a news employee. We have suspended the employee pending an investigation by our human resources group. As this is a personnel matter, we will have no further comment on this at this time.”

The Society of Professional Journalists’ Western Washington chapter also suspended the journalist, who was a board member, without naming him. There are two board members on the chapter’s website who work for the Seattle Times; Rosenberg is one of them.