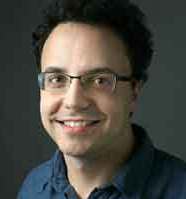 Journalists are obliged by ethical codes of practice to honor their commitments to anonymous sources. But does this ethical obligation  also include keeping your competitors’ sources anonymous too?

Ian Shapira, a reporter for The Washington Post, is not pleased when journalists “out each other’s sources.”

Shapira blogged May 6 on The Washington Post’s Story Lab about the practice of outing competitor’s anonymous sources  in response to an article posted on Politico written by Patrick Gavin. Gavin’s May 5 article sought, in part, to do just that to Shapira.

Gavin blogged on Politico May 4 about “what’s next for The Washington Times.”  In one section of its report, Gavin questioned “who’s doing the leaking?” and suggested some possible sources.

As background: Shapira’s May 1 story reported that as a result of Rev. Sun Myung Moon’s family cutting off its annual subsidy to The Washington Times, The Washington Times was in negotiations to be sold.  Shapira’s anonymous sources told him that the newspaper “has been struggling to pay off millions of dollars in debt.” The speculating going on was about this source.

Shapira wrote that “I cringe when I see journalists speculate about the identity of another reporter’s source,” Shapira wrote. “It feels as if they are violating an unwritten code.”  He stated that he “can understand why company or government officials, or anyone threatened by the release of unauthorized information, might feel motivated or obliged to sniff out those who were giving information to reporters,” but not journalists.

But, Gawker wrote May 6 that it’s an unwritten code “because it doesn’t exist.”

“One of the worst things about DC journalism is its pervasive air of clubbiness, the sense that the reporters there care more about careerism and backslapping and access and the s**** Georgetown social scene than they do about reporting relevant facts to readers,” Gawker wrote.

Shapira argues that reporters and journalists bond to protect all anonymous sources when he writes:.  “Even as we are competing on a story, reporters share a mutual interest in preserving a free-flowing environment — in making potential sources feel comfortable providing important information to reporters without feeling as if they are therefore subject to being exposed by a reporter’s peers.”

As Gawker noted, “other people who happen to work in journalism have no obligation to protect Ian Shapira’s anonymous sources” because the protection falls with Shapira.

The problem not featured in this debate from iMediaEthics perspective is the questionable ethics of publishing any unverified information–which includes blogging potential damaging speculations or rumors about the identity of competitors’ anonymous sources.