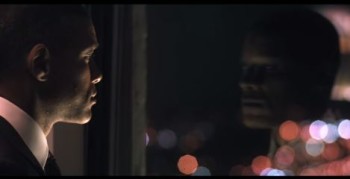 Sony had complained about the Times‘ article on the movie and its suggestion Sony toned down the film, starring Will Smith. The Times‘ Sept. 1 article was headlined, “Sony Altered ‘Concussion’ Film to Prevent N.F.L. Protests, Emails show,” citing “dozens of emails unearthed by hackers.”

In a statement Entertainment Weekly reported, Sony said: “Today’s NYT article and headline, written by individuals who have not seen the film, contains many misleading inferences. As will become immediately clear to anyone actually seeing the movie, nothing with regard to this important story has been ‘softened’ to placate anyone.”

“There was absolutely zero discourse between me or anybody at the studio with the NFL. None. The only exchange was one-sentence e-mails trying to arrange a meeting, before deciding to cancel the meeting. Period. End of story.”

He added: “There was no dialogue with the NFL on any issue. The salient point that puts to bed all this stuff: anyone who sees this movie, will understand that not only didn’t we soften this movie for anybody, the NFL or otherwise, but the opposite was true. The movie pulls no punches, compromises nothing.”

Landesman noted that “no one from the NFL” saw the movie or the script from his team. “I did nothing at the behest of the NFL, for the NFL, against the NFL. When I was writing and shooting the movie, the NFL wasn’t a single consideration, in any regard,” he went on.

As Sullivan summarized: “Sony brass and the film’s director have objected vehemently to the article, calling it inaccurate and unfair, and protesting its reliance on corporate emails that were obtained through a massive hack earlier this year. The Times‘s editors are standing by the story.”

Sony spokesperson Robert Lawson complained the leaks weren’t newsworthy and shouldn’t have been used by journalists, Sullivan wrote. She also noted that the Times originally didn’t allow staff to use information from the hack unless it already was published somewhere else, but in the spring said newsworthy information could be included in Times articles.

According to Sullivan, Times standards editor Philip Corbett pointed out that Sony and the film’s director were given ample time to dispute the Times‘ premise, however, she noted the article did suggest “something dastardly took place behind the scene,” which she doesn’t “think was the case.”