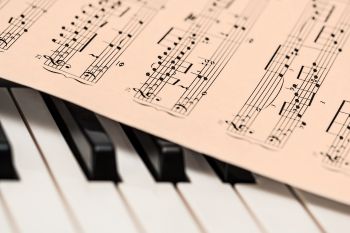 There’s more news from the German edition of Playboy. The magazine, which has been embroiled in controversy this week over an interview with published with film-score composer Ennio Morricone, says it is pressing charges for deception against freelance journalist Marcel Anders.

As iMediaEthics reported, Morricone was quoted by the German edition of Playboy criticizing director Quentin Tarantino and the Academy of Arts and Sciences. Morricone denied the comments. Playboy initially stood by the interview but yesterday walked by its defense.

In a Nov. 14 newsletter sent to readers, which German Playboy‘s publisher sent to iMediaEthics, editor-in-chief Florian Boitin wrote that the journalist, Marcel Anders, has “never given us cause to doubt his integrity or skills” and listed his credentials for other German news outlets and Playboy. Now, however, Boitin said the interview didn’t “accurately reflect the words” by Morricone and Anders copped to “terrible mistakes.”

Boitin added that German Playboy is still trying to “clarify this matter in its entirety,” but “we will file a criminal complaint against the author of the grounds of deception.”

iMediaEthics has asked German Playboy if Anders explained how the errors occurred — if they were fabrications, incorrect translations, or something else altogether. We’ve also asked if there will be a correction or the newsletter will be published in the next print issue. iMediaEthics searched Google for the journalist Marcel Anders but he does not appear to have a Twitter or Facebook account, or a personal website; we have attempted to write him through a contact form for him on Mannheimer Morgan, a website where he has previously published articles.

The newsletter reads in part:

“To our dismay, we have now established that sections of the interview published by us do not accurately reflect the words spoken by Mr Morricone. Mr Anders has now addressed the accusations himself, and admits to making “terrible mistakes”. In a letter made available to the editorial team, he apologises to Mr Morricone for his failure to adhere to the statements given when writing the interview for Playboy and for adding statements made at other times and in other media.

“Based on the information at our disposal, his actions have resulted in irresponsible inaccuracies at best and, at worst, in intentional deceit. Whatever the circumstances, these deliberate falsifications are an intolerable breach of journalistic ethics. Needless to say, such actions do not in any way reflect the rigorous journalistic standards of German Playboy.

“I have the greatest respect for Mr Morricone and his musical achievements. At this point, all I can do is express my deep regret that, due to knowingly inaccurate representations by an author commissioned by us, Mr Morricone has been portrayed in a false light.

“I would also like to apologise to you, our readers, for failing to save you from this farce of an interview.”

In response, Floris Douwes, Morricone’s spokesperson, told iMediaEthics by e-mail: “We reserve all rights. I cannot comment with regard to possible lawsuits at the time being. We’re keeping all options open.”