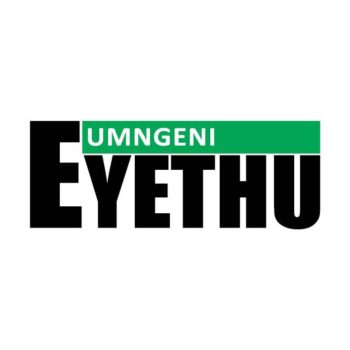 A South African newspaper, Umngeni Eyethu, published a front-page story with photos about a meeting of drug addicts seeking help from a community member.

The 13 addicts weren’t in an addicts anonymous meeting, but rather meeting with a local community member to discuss their concerns about being attacked and the effect of their addictions.

Did it invade the privacy of the addicts seeking help? Did the group of 13 know they would be featured in the local newspaper?

Khulani Khanyile, the brother of one of the men pictured complained to the South African Press Ombudsman, arguing the article endangered his brother and the other addicts because he thought it made them seem like police informants. He also claimed that his brother didn’t know there was a reporter in his presence at the meeting. Instead, he said his brother thought the reporter worked at a rehab center.

Umngeni Eyethu is a free newspaper distributed in a community about an hour outside of Durban, South Africa, with a circulation of 32,000 copies. The newspaper is part of a chain of 11 publications with a combined circulation of 301,400, according to its website.

The South African Press Council and Ombudsman comprise a “voluntary independent co-regulatory system” for the country’s print and online media, according to the council’s constitution. Media outlets voluntarily subscribe to regulation and are held to the council and ombudsman’s rulings.

iMediaEthics has contacted Khulani Khanyile to confirm if he is the person who complained and if yes, why he, not his brother, filed the complaint.

The newspaper’s March 17 article was headlined “Whoonga addicts beg for help.” [Whoonga is a South African street drug]. iMediaEthics searched the Umngeni Eyethu website and found no article dated March 17, suggesting it has been unpublished.

The newspaper, Umngeni Eyethu, explained that the community member, mechanic Chris Hlatshwayo, asked the reporter, Zikhetele Sithole, to attend the meeting to see if the newspaper could drum up help for the addicts, according to the press ombudsman, Johan Retief. Further, the paper’s editor stated that Hlatschwayo introduced Sithole to the group as a reporter.

Retief added that the paper’s “intention was above reproach” since it reported the story in an attempt to raise awareness and get help for the addicts. That said, he acknowledged the article “carried some unintended consequences” because the addicts could have been “perceived as police informants” or “victimized.”

In order to resolve that concern, the paper had to publish a front-page clarification explaining the drug addicts didn’t provide information to police about the drug. The paper’s clarification also said the paper didn’t mean to “publicly reveal the men’s identities or expose them to any hostility.”

iMediaEthics has written to the newspaper ​and the ombudsman ​to ask ​about the contradiction: How does running a front-page photo showing the addicts comport with the desire to not reveal the men’s identities?

The full clarification the paper was require by the ombudsman to publish reads:

“Regarding the story which was published on 17 March 2017, uMngeni Eyethu would like to clarify that the information which appeared on our front page under the heading (quote the headline) was not information given to the paper by the men whose picture appeared with the story.

“The intention of the story was to reach out to the community to try and find a solution to help those men get over their addiction. The newspaper did not intend to publicly reveal the men’s identities or to expose them to any hostility that might come from disapproving members of the community.

“Details are available for any individual who wants to seek help at the newspapers offices (or alternatively the details can be printed with the article to avoid in influx of people to the offices).”