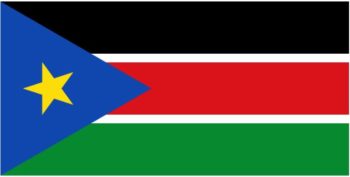 The June 7 op-ed, “South Sudan Needs Truth, Not Trials” was credited to Machar and the president of South Sudan, Salva Kiir. It called for the creation of a “national truth and reconciliation commission modeled on those of South Africa and Northern Ireland” which would allow people who “tell the truth about what they saw or did” in order to have “amnesty from prosecution.” The op-ed says that South Sudan shouldn’t have “disciplinary justice” even though it was “one element of the peace agreement” that the U.S., Great Britain and others signed.

“He was never consulted about it; he did not even see the paper. He only learned about it after it was published by the New York Times,” Machar’s spokesperson James Gatdet Dak told the Guardian.  “He was surprised, very surprised. He also told me that [his party] is committed to justice and accountability, so there’s no way they would walk away from this mechanism that is stipulated in the peace agreement.”

“Four days after publication of this article, one of the authors, First Vice President Riek Machar, disavowed the contents, saying that he had not been consulted about the essay, which was submitted by representatives of the South Sudan president, Salva Kiir. The president’s spokesman maintains that Mr. Machar had been consulted before the essay was written.”

The New  York Times told the Washington Post‘s Paul Farhi on June 9th, however, that Machar’s representatives complained to the Times‘ foreign desk about the op-ed that day. The Times‘ Eileen Murphy explained to iMediaEthics, “This issue was created by our relying on intermediaries and we wanted word directly from the vice president himself on this. That came today.”