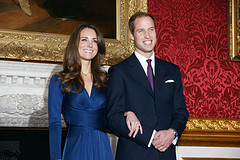 St. Louis, Missouri CBS-affiliate KMOV falsely claimed Queen Elizabeth named Prince William her successor. “The Queen of England has officially passed down her crown to Prince William and his wife, Kate Middleton, making them the country’s next king and queen,” the article stated. “Queen Elizabeth skipped over her own son, Prince Charles, in the line of succession.”

While the article has been unpublished, St. Louis alt-weekly Riverfront Times posted a screenshot of the article, which listed no sources for the false claim. iMediaEthics was unable to locate a copy of the article, “Queen Elizabeth officially passes down crown to grandson Prince William,” on Google Cache. 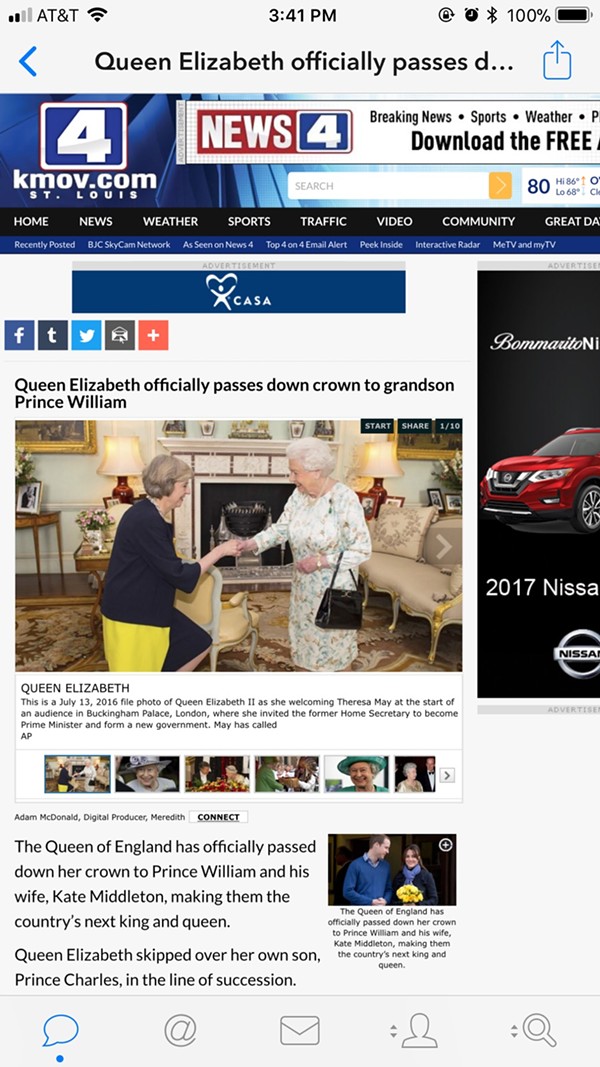 Riverfront Times captured a screenshot of the false article before it was changed.

However, the newspaper noted that KMOV’s source appeared to be the Nigerian website The Nation, which published a story claiming the Queen “prefers William as successor” on Aug. 11. That story is based on an anonymous “palace insider” and it has not been corroborated by any other source.

KMOV’s online article has been replaced with a note that doesn’t exactly admit error but instead states:

“It’s not official. The Queen of England has not passed down her crown to Prince William and his wife, Kate Middleton, despite sources claiming she had.

“The reports claimed the queen skipped over her own son, Prince Charles, in the line of succession.

“We have not been able to confirm the sources or any facts pertaining to the succession of the crown.

“We apologize for the confusion and inconvenience.”

iMediaEthics has written to Adam McDonald, the KMOV reporter who is listed on the article’s byline to ask what was the source for the false story.