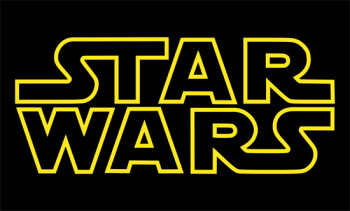 The BBC was duped by a Twitter hoaxer last week into an awkward on-air interview with a man slamming Star Wars, the UK Telegraph reported.

The BBC Radio aired a segment about the upcoming new movie Star Wars Episode VII: The Force Awakens interviewing people who hadn’t seen any of the franchise movies, according to the Telegraph. For the segment, the BBC interviewed Godfrey Elfwick and a London cab driver and asked them to watch it and discuss.

Elfwick says in his Twitter biography he is a “demisexual genderqueer Muslim atheist.”

He “routinely rails against the status quo in a way that can make it difficult at first glance to realize he is joking. On Thursday, for example, he was calling on the scientific community to be ignored until they acknowledged all the deaths caused by gravity,” the Hollywood Reporter noted.

In the BBC interview, Elfwick called the movies “very low quality,” as well as racist, sexist, homophobic, misogynistic and more. Some of Elfwick’s comments were:

Despite Elfwick’s hoax, “a second guest on Friday’s show, a London cab driver who appeared genuinely never to have seen Star Wars, gave perfectly sensible answers,” according to the Telegraph.

The BBC issued a tongue-in-cheek statement in response to the hoax, telling iMediaEthics by email:

“On this occasion, the Force was not with us. The guest presented himself as a 20-year-old who’s never seen Star Wars, and we put him on air under that pretence. WHYS producers always do their best to check guests in a live programme that invites global discussion from listeners.”

Listen below to the interview.

Commenters on Elfwicks’ interview posted on YouTube called him a “legend” and “the greatest trolling ever.”

“Because of course the BBC can’t tell the difference between an outlandish, obviously fake social-justice obsessed parody account and a normal member of the public,” Breitbart reported.

The hoaxer tweeted several times about Star Wars and his interview.

I’m on BBC World service at 3:45 to talk about these Star Wars films that everybody is talking about.
— Godfrey Elfwick (@GodfreyElfwick) April 17, 2015

#StarWars has become so mainstream that I don’t care for it any more. I much preferred it when it was just a radio series.
— Godfrey Elfwick (@GodfreyElfwick) April 17, 2015