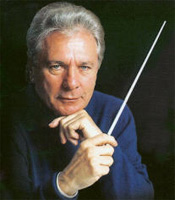 A student fabricated a cheesy quote--wrongly attributing it in Wikipedia to the late French composer Maurice Jarre, who wrote award winning musical scores for movies, such as Doctor Zhivago. Eventually news media took the bait and used the fake quote in the composer's obit. (Think about it. Would a sophisticated Frenchman of 80 plus years really say "One could say my life itself has been one long soundtrack"?)

AFP reports “An Irish student’s fake quote on the Wikipedia online encyclopedia has been used in newspaper obituaries around the world, the Irish Times reported.”

The planted quote was wrongly cited in Wikipedia as being said by the late, famed French composer Maurice Jarre who wrote award winning musical scores for movies, such as Doctor Zhivago. The student, Shane Fitzgerald, a senior at University College Dublin, told the Irish Times that he was doing an experiment relating to globalization.

The Times quoted Fitzgerald, “I didn’t expect it to go that far. I expected it to be in blogs and sites, but on mainstream quality papers? I was very surprised about,” he said. He further explained that the hoax was unnoticed for weeks until he emailed the media to inform them they they had been had by a dummy –and rather cheesy–quotation that journalists collected, without verification, from the Wikipedia entry about the composer. The result? Here is the UK Guardian’s correction as an example.

What was the quote? (Warning: Go get some bread to go with the cheese). “One could say my life itself has been one long soundtrack. Music was my life, music brought me to life, and music is how I will be remembered long after I leave this life. When I die there will be a final waltz playing in my head, that only I can hear.” Yikes.

John Timmer, arstechnica.com, wrote a good post on the case worth reading: “Wikipedia hoax points to limits of journalists’ research.”

I liked “Rob’s” comment about the hoax that was posted on ABCNews (Australia). He wrote, “The ‘main stream’ media are owned by corporations. Corporations wish to turn a profit. In this modern age, that means cutting as many corners as possible, disregarding quality, actual journalism (dealing with dry topics that affect us and opting for emotive anecdotal BS) & simply cutting & pasting what you find from the very few global news sources and repackaging it as your own. (Reuters etc) Look at the state of TV news. It’s abysmal.”

However, Rob goes on to compliment ABCNews’ coverage: “Thank goodness for the ABC. Government funded and while not perfect, is one of my few sources of real news out there.”

AFP ends their report with a reference to what StinkyJournalism would agree is the heart of the matter. They wrote, “The Irish Times said that despite some newspapers removing the quote from their websites or carrying a correction and the fact that it had been dropped by Wikipedia, it remained intact on dozens of blogs, websites and newspapers.” This is exactly what StinkyJournalism finds. Errors, like zombies, act like the undead. They roam forever on the Internet despite honest attempts at corrections. See our previous related report.