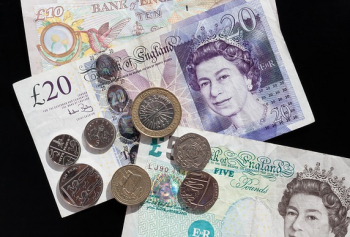 Anthony France, the Sun‘s crime reporter, is accused of paying police officer Tim Edwards “more than £22,000 for 38 stories over three years,” the Press Gazette reported.  That is about $35,000 U.S.

The Crown Prosecution Service said at the time: “We have reconsidered the evidence in relation to Anthony France and have concluded that there remains sufficient evidence and it is in the public interest that we should proceed to trial against Mr France.”

The police officer who swapped information for cash with France gave him information about “both the victims and the perpetrators of crime,” the BBC reported.  The officer, Edwards, pleaded guilty last year to misconduct in public office and was sentenced to two years in prison, the Guardian reported at the time.

France pleaded not guilty to the charges.

The prosecutor said the information France is accused of paying for isn’t in the public interest.  “This is not a case of whistleblowing in a noble cause,” the prosecutor, Zoe Johnson QC said, according to the Press Gazette. “We suggest that there is no public interest in the stories that Mr France published.” Further, she said, “ignorance of the law is no defense.”

Johnson commented that the payments were “beneficial both” to the accused police officer and France “but seriously detrimental to you, the public.”

The prosecutor added, according to the Press Association:

France paid the police officer for stories about a male engineer wearing high heels, pilots who were accused of drinking on the job, and people arrested related to drugs or terrorism.

France even paid £1,200 for a story that turned out to be bogus. In March 2010, France’s story “Heathrow sex scandal … Scanner glamour ding-dong” claimed an employee at Heathrow Airport was “abusing his access to new bodyscanners to ogle a female colleague’s breasts,” the Press Association reported.

The Sun had to apologize for that story at the time because it invaded the woman’s privacy.