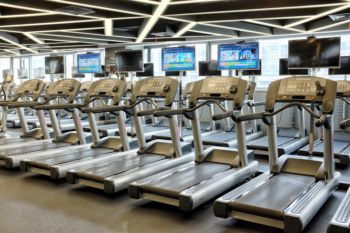 The UK Sun reported based on an anonymous source that a Scottish prisoner named William Beggs wanted a treadmill near his jail cell. The prisoner denied the claim on the record, and the Sun later published a clarification saying it was a different prisoner who made the request, but the UK press regulator still didn’t find the article to be inaccurate or problematic.

Beggs complained to the UK press regulator the Independent Press Standards Organisation over the February article, “Killer’s plan to go on the run,” which reported an anonymous source said Beggs wanted the treadmill and that the Scottish Prison Service’s non-denial or confirmation, saying it didn’t comment on individual cases. iMediaEthics has written to the Sun.

Beggs denied the claim, said he never made the claim and provided Freedom of Information request showing he didn’t complain about a lack of a treadmill, IPSO reported. The Sun stood by its article as based on a “trusted and long-standing source with first-hand knowledge of the request,” according to IPSO but offered to unpublish and publish a clarification saying another prisoner made the request.

Regardless of its offer to admit error, Beggs’ denial, and no on-the-record, named source saying Beggs made the request, iPSO ruled the Sun didn’t fail “To take care over the accuracy” of its story. Why? IPSO said because the Sun’s annymous source had previously been reliable and because the Sun contacted the Scottish Prison Service, the Sun had taken enough steps to “take care over the accuracy” of its story. Given that Beggs denied the claim, and the Sun offerd to publish his denial, it wasn’t a violation of any of its standards for the Sun to publish its clarification to handle Beggs’ complaint.