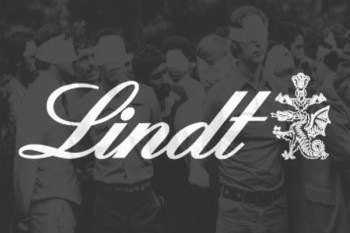 Checkbook journalism down under!

Australia’s Channel Nine, Channel Seven and Women’s Weekly all paid hostages of the December attack on a Lindt cafe in Sydney, the Guardian reported.  The three outlets “were willing to pay tens of thousands of dollars” in exchange for interviews, according to the Guardian, even though “some hosstages have already spoken without a fee.”

In mid-December, a gunman held 17 people hostage in a Lindt cafe. Two people and the gunman were killed.

iMediaEthics contacted the three outlets for details and confirmation. Channel Nine is the only outlet to have responded, but it won’t say if it paid for interviews, though it did allow that it scored eight interviews.

Nine Network Public Relations, Director of Communications Victoria Buchan responded to iMediaEthics: “We don’t discuss payment for interviews in any circumstance.  Sorry I can’t be more helpful but that is our policy.”

In a press release from Channel Nine, sent to iMediaEthics, the channel said its 60 Minutes program would air interviews with eight hostage survivors. The press release did not disclose if there were any payments made to the interviewees.

Despite Channel Nine’s refusal to confirm or deny on the record if it paid for interviews, citing anonymous sources, the Guardian said sources were to be paid differing amounts based on what information they could dish — specifically, “how close they were to the action and what they saw.”

“Many of the 10 hostages who survived the siege in the Lindt cafe have signed an exclusive deal with Channel Nine to tell their stories on television next month,” the Guardian reported. “It is understood Channel Seven has also signed several siege survivors for its Sunday Night program and the Australian Women’s Weekly magazine has an exclusive interview and photo spread with one of the women.”

iMediaEthics contacted Channel Seven and Women’s Weekly multiple times but had no response to our inquiries regarding any payments to survivors.

In December, two Australian news outlets — The Australian and media site Crikey — falsely reported that Australia Press Counil chair Julian Disney slammed the media for its coverage of the siege, as iMediaEthics reported at the time. Disney sought corrections from both outlets saying they misrepersented his Dec. 16 comments about the attack.