The Zimmerman Effect? NYC Media Shies Away From Race in Local Robbery Repor

The Zimmerman Effect? NYC Media Shies Away From Race in Local Robbery Reporting 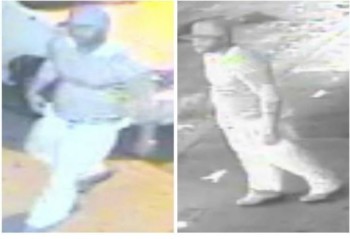 A dramatic Manhattan robbery highlighted by the press in mid-July was just one part of a crime spree across the city’s boroughs by a group of assailants.

However, local New York City media outlets repeatedly failed to identify the race of the suspects-at-large in their coverage, despite receiving a police advisory seeking the public’s help in apprehending the violent perpetrators putting citizens at risk in armed attacks across the city.

On July 10, The New York Daily News broke the story of 57-year-old Soho resident Anna Graham having been robbed at gunpoint a week earlier. Local media, such as NYC news site DNAInfo and New York Post, also reported the story.

Graham’s reported verbal challenge with the gun-toting assailants made headlines. “You don’t have the balls to shoot me,” Graham said she told the assailants.

iMediaEthics spoke to Graham by phone this summer. We asked her if the media questioned her about the race of her attackers and whether she provided that information. She said, “Yes.”

“It was 1:30 at night, and it was two young black men,” Graham said she told reporters. “The media asked me about it [race]– everyone asked me about it,” she said, referring to the race of her robbers.

Two of Graham’s friends were able to interrupt the confrontation before it escalated, but the two male suspects fled the scene with an iPad Mini, $600 in cash and $100 in makeup that they grabbed from a car Graham was watching for her friends.

Why didn’t the media tell the public that the suspects were black?

Not only did Graham identify the race of the suspects for the media, but a July 11 media advisory from the New York Police Department included photos of four suspected robbers from another robbery in Manhattan. Two of the four were suspects in Graham’s robbery.

“The New York City Police Department is asking for the public’s assistance in locating the following suspects,” the report read.

The NYPD advisory said that the two “males involved in the robberies are described as male blacks in their early to mid-twenties.”

Also included was estimated size of the assailants. “One is approximately 6’00” and 180 pounds while the other is described as 5’5,” the report read.

Despite the eyewitnesses’ descriptions and surveillance video stills provided by the police department, the race of the perpetrators was conspicuously absent from follow-up media coverage as well. Most of the reports cherry-picked the height and weight from among the descriptions of the suspects.

In its July 10 report that broke the news, The New York Daily News quoted Graham only describing her attackers as “tall and handsome,” and “not your professional guys.”

The Daily News did, however, identify the race of the suspects later, in a separate July 11 report.

In the chart below, we examine news coverage as of July 10 reporting on Graham’s robbery. We broke down the identifying information reported by news outlets based on race, height, weight, age and sex. We did not include the surveillance stills because they were not yet available.

As the chart shows, descriptions of Graham’s assailants were extremely sparse, although both outlets that covered the story before the advisory was issued included the assailants’ gender. DNAInfo included the approximate age (“young”).

In fact, it was only the New York Daily News‘ and ABC Local Eyewitness News’ stories from among the 11 news reports iMediaEthics examined that reported the gun-carrying suspects race. See chart below.

In the second chart, below, we examined which elements of the police advisory news outlets decided to include in reports of the incident, including race, height, weight, age and sex. Also, we listed which outlets provided readers with the surveillance video stills provided by the NYPD.

The public’s desire to know the race of the suspects in this case was apparent in readers’ comments.

“This is about protecting innocent people in NYC, so give us an idea what we are looking out for!”  Facebook user Michele Balan commented on a DNAinfo story on the robbery. “If these guys were Asian, White or Spanish, they would have said that, but we can’t say they are black?”

The Associated Press stylebook, commonly referred to as the journalist’s Bible, added a new category in its entry on race in mid-2012. The entry itself begins with: “Identification by race is pertinent:“

The 2013 edition specifically addresses identification in the case of police investigations:

“For suspects sought by the police or missing person cases using police or other credible, detailed descriptions,” according to the 2013 edition of the stylebook. “Such descriptions apply for all races. The racial reference should be removed when the individual is apprehended or found.”

The section also includes other recommendations that are consistent with previous editions: reporters should include race in biographical and announcement stories where the accomplishments of the individual are not routinely associated with members of a particular race, or if a particular story’s conflict rests on racial lines. Reporters should also refrain from derogatory terms unless they are essential to the story.

Police reports and advisories, like the one in this case from NYPD, report facts and identify the race of suspects based on firsthand accounts, photos available from public and private surveillance cameras; racial profiling is quite different.

Racial profiling, in contrast, is defined as “discriminatory practice by law enforcement officials of targeting individuals for suspicion of crime based on the individual’s race, ethnicity, religion or national origin,” according to the American Civil Liberties Union.

This definition refers specifically to law enforcement targeting individuals before any suspects or crimes are identified. In this case, because the race of the robbery suspects is provided by both police and witnesses after the fact, and because the police was seeking the public’s help in locating the suspects, identifying the race of suspects would definitely not be racial profiling, in iMediaEthics’ opinion.

iMediaEthics reached out to reporters from the seven news outlets that covered Graham’s robbery. We asked why they failed to identify the race of the suspects despite AP’s guidance that recommends identifying the race of suspects when at large. However, no one would respond on the record.

The debate on race-baiting

Since the trial of George Zimmerman for the shooting death of Trayvon Martin was at a fever pitch at the time of first reporting the crime on July 10, iMediaEthics wonders if media outlets were possibly squeamish about reporting the suspected attackers’ race, even after asking a victim that exact question. Since we confirmed that the media did specifically ask her the race of her attackers and she reported that she answered, the press withheld this basic information, either by intent or accident.

As the Zimmerman trial was cooling down by July 31, we did a quick spot-check of local reporting on another crime involving a black male suspect where the NYPD was seeking the public’s assistance. In this case, about 50% of the news outlets that covered the story did identify a “black male” as the alleged perpetrator who was still at-large. More research needs to be done.

Eric Deggans, author of Race Baiter and media critic for the Tampa Bay Times, said that media outlets are cautious and should be cautious when reporting race from police reports. He cited early coverage of the Trayvon Martin shooting in February 2012 when many media outlets misidentified George Zimmerman as a white man.

“Police incorrectly identified Zimmerman as a white man and media outlets parroted the information,” he wrote in an email interview with iMediaEthics. Meanwhile, Zimmerman’s voter registration and race ID on his driver license are public record and in both places, he self-identified as Hispanic.

Deggans suggested by email to iMediaEthics that since “‘Black’ in America generally means African American,” describing the suspect as having “dark brown skin” is possibly a more accurate description since the accused may be “Caribbean” or “Afro-Cuban”.

“I think if there is a detailed description — dark brown skin, white T-shirt, jeans, etc. — then a description which suggests race may make sense,” he wrote. “Otherwise, it’s just an invitation to racial profiling.”

iMediaEthics asked Deggans if the lack of identification is a trend. “I think the only trend is for news outlets to be more careful and to think harder about racial identifiers in all stories, especially crime pieces,” he wrote.

Deggans further clarified that the debate on racial identification has been going on for a long time. “The truth is, newspapers have been struggling with ways to identify crime suspects which are accurate and don’t encourage racial profiling for many years,” he wrote in an August 22 email.

Meanwhile, the Poynter Institute noted that local newspaper The Arkansas News Gazette is often at odds with other news outlets for its established policies on disclosing suspect descriptions, including race, in its crime reporting.

“We routinely include a description of the suspect,” Arkansas Gazette Deputy Editor Frank Fallone wrote in an email to iMediaEthics, echoing AP recommendations. “Descriptions are usually taken from the police crime report, and is attributed as such,” Fallone wrote.

“When a suspect is arrested or adjudicated, we don’t include race in our coverage unless race is somehow germane,” he wrote.

The Zimmerman Effect? NYC Media Shies Away From Race in Local Robbery Reporting